Bayern Munich will be aiming to topple Dinamo Zagreb, who have not been defeated in 45 matches across all competitions in Europe. Dinamo Zagreb have not lost a match in any competition in Europe since November 2014.© AFP
Munich:

Pep Guardiola's Bayern won all six home games in Europe last season and even eventual winners Barcelona succumbed to a 3-2 semi-final second leg defeat in Munich after brushing aside the Germans 3-0 in the first leg. (Bayern Munich Go Five Points Clear in Bundesliga)

Bayern scored 22 goals in Munich in last season's Champions League, including a 7-0 drubbing of Shakhtar Donetsk in the last-16 and 6-1 quarter-final thrashing of FC Porto. (Latest Football News)

Both Bayern and Dinamo won their opening Group F games this season as the Germans enjoyed a 3-0 win at Olympiakos while Zagreb produced a shock 2-1 win at home to Arsenal after Oliver Giroud's first-half dismissal.

Dinamo's last defeat in any competition was when they were beaten 1-0 by Romanian side FC Astra Giurgiu in the Europa League's group stages last November.

Buoyed by beating the Gunners, Zagreb coach Zoran Mamic is daring to dream of beating Bayern in their own backyard after his side warmed-up for the trip with a 4-1 win over NK Osijek in the Croatian league.

"It's normal to think we can play the best match in the club's history and they can have one of the worst nights in their history," said the Dinamo boss drily.

"Everything is possible in sport. If we put in a performance like the one against Arsenal, we can get a positive result." 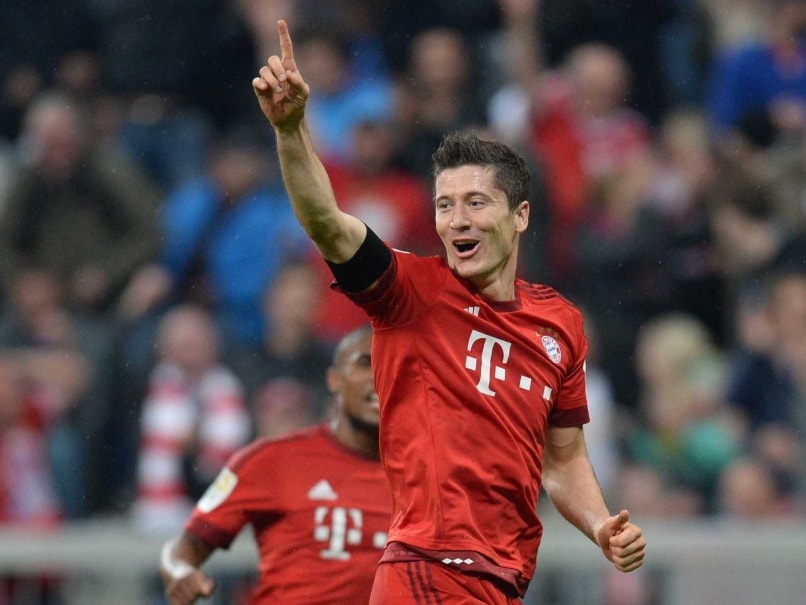 Bayern have won all eight of their matches since losing the pre-season German Super Cup final at Wolfsburg on penalties and are targeting a fifth consecutive semi-final appearance in the Champions League.

"If we put in our usual performance, we'll take the three points," said captain Philipp Lahm ahead of the Zagreb clash.

Their Poland striker Robert Lewandowski is in amazing form with seven goals in just two games including his historic five-goal haul in nine minutes last Tuesday, when Wolfsburg were routed 5-1 at the Allianz Arena, plus two more in Saturday's 3-0 win at Mainz.

Bayern have two big matches this week as they host German rivals Borussia Dortmund in the Bundesliga on Sunday and their goal is clear.

"The points have to remain in Munich," said Lewandowski, referring to both matches.

Having scored his 100th and 101st German league goals against Mainz, the Poland hot-shot wants to extent his purple patch against the Croatian league and cup champions.

"It's just incredible. He succeeds at everything he does at the moment. Of course we're happy to make the most of it," said Lahm as Lewandowski became the fastest foreigner into the Bundesliga's exclusive club.

Certainly, Lewandowski's purple patch even drew a rare joke out of Bayern's director of sport Matthias Sammer amidst talk of a 'goal-scoring crisis' after the Poland striker 'only' scored twice in Mainz following his five goals.

"He only scored two goals. But we'll turn a blind eye to that," quipped Sammer.

Dinamo's Croatia international Josip Pivaric will be one of the defenders handed the unenviable task of making sure Lewandowski has a quiet night in Munich.

"We'll do everything we can to surprise and confuse them," said the Croatia international.

"We need to play the match first and then talk about who is the better team.

"Of course, they are one of the best teams in the world, but I hope Tuesday will be a great day for us."