Ronald Araujo is likely to be sidelined for between two and three months, according to reports in Spain. 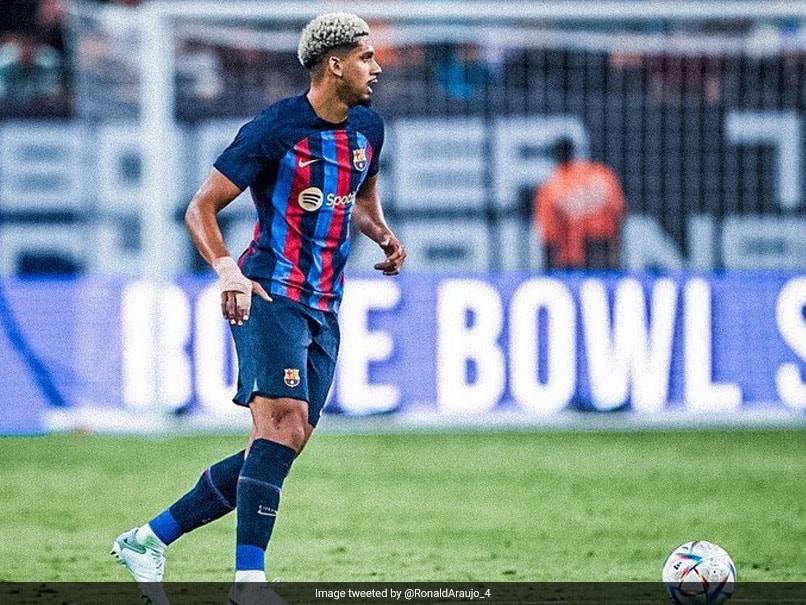 Uruguayan defender Ronald Araujo is in danger of missing the World Cup after his club, Barcelona, said on Monday he would undergo surgery on a torn thigh muscle. The centre-back is likely to be sidelined for between two and three months, according to reports in Spain. That would probably rule him out of the tournament in Qatar, which starts on November 20. The Uruguayan sustained the injury in the first minute of a friendly with his country last week against Iran. He has opted for surgery as opposed to more conservative treatment.

Araujo met Barcelona coach Xavi Hernandez and the club's medical staff on Monday to discuss the best course of action.

"The operation will be undertaken by doctor, under the supervision of club medical services, in Turku, Finland," said Barcelona. "Once the operation is complete a new medical statement will be made."

The surgery also rules Araujo out of key club games, including the rest of the Champions League group phase and the Clasico on October 16.

Barcelona defender Samuel Umtiti made the opposite decision in a similar situation in 2018, and became a world champion with France, but has been hampered since.

Araujo recently signed a new deal with Barcelona, extending his contract until 2026 with a 1 billion euro ($964.9 billion) buyout clause.

Barcelona
Get the latest updates on Fifa Worldcup 2022 and check out  Fifa World Cup Schedule, Stats and Live Cricket Score. Like us on Facebook or follow us on Twitter for more sports updates. You can also download the NDTV Cricket app for Android or iOS.