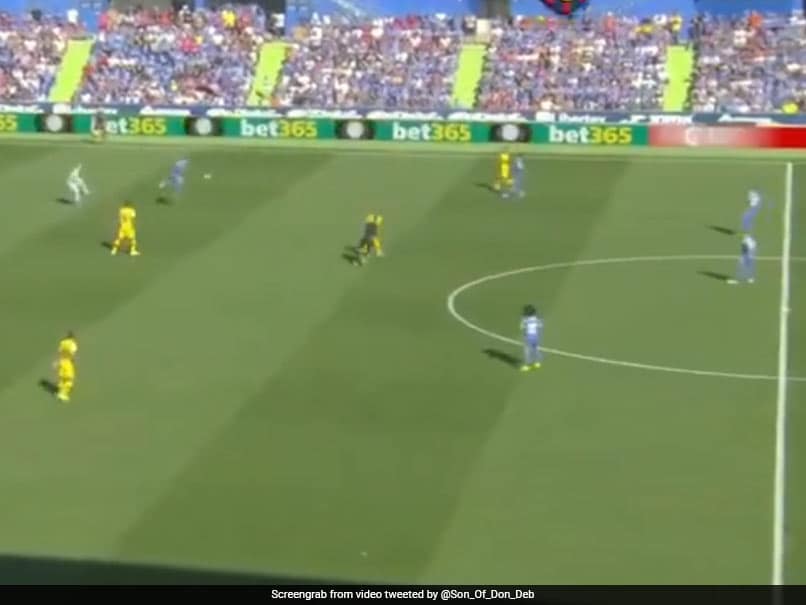 Marc-Andre ter Stegen moved out of his box to intercept an attack.© Twitter

Marc-Andre ter Stegen proved goalkeepers can also be playmakers in Barcelona's away La Liga fixture against Getafe on Saturday. Marc-Andre ter Stegen moved out of his box to intercept an attack from Getafe and then found Luiz Suarez with a lobbed assist only to see the Uruguyan forward chip the ball over the Getafe goalkeeper to find the back of the net. The goal helped Barcelona take a 1-0 lead over Getafe with Luis Suarez glancing back at Marc-Andre ter Stegen while celebrating as a gesture to thank him for his wonderful and timely assist.

Marc Andre Ter Stegen is doing this and people are saying he doesn't deserve Germany no.1 pic.twitter.com/JxuCDWvBO7

Barcelona won the match 2-0 against Getafe on Saturday with the second goal coming in the 49th minute from Junior Firpo. Stegen was also able to keep a clean sheet for himself and his club in the fixture. The win enabled Barcelona move second in the La Liga points table with 13 points from seven matches.

Barcelona's next fixture is in the Champions League where they will face Inter Milan at home on Wednesday.

Elsewhere, Atletico Madrid will host Real Madrid in the Madrid derby later in the day.

Getafe Marc-Andre Ter Stegen Football
Get the latest updates on India vs South Africa and check out  Schedule, Results and Live Score. Like us on Facebook or follow us on Twitter for more sports updates. You can also download the NDTV Cricket app for Android or iOS.