Barcelona president Josep Bartoeu said Lionel Messi is the best player in history and that the attacker has many years of football left. 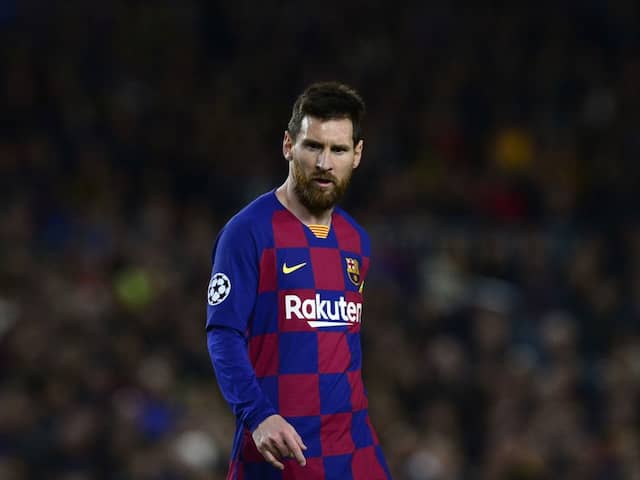 Barcelona president Josep Maria Bartomeu responded to a storm of speculation by saying on Tuesday that the club had "an obligation to re-sign" Lionel Messi, calling him "the best player in history". "Normally we do not explain the discussions with players but it is evident that we have the obligation to re-sign him", Bartomeu told Catalan radio station Rac1. "He is the best player in history. He has many years of football left." Bartomeu also said Barca coach Quique Setien would keep his job despite a run of unconvincing form since La Liga's restart that has seen the reigning champions lose top spot to Real Madrid.

The president said he was happy with the direction of the club and maintained he had been right to replace Ernesto Valverde in January.

Bartomeu also said Barcelona are trying to have the second leg of the Champions League second leg against Napoli played at the Camp Nou instead of at a neutral venue.

Last week, another radio station, Cadena Ser, reported that Messi had broken off negotiations on extending his contract, which runs until 2021, and was thinking of leaving Barcelona.

The report said Messi was frustrated with the club's failure to build a winning squad and was tired of leaks from the club which paint him in a bad light. He was also reportedly upset at reports that the players had got Valverde fired.

But Bartomeu said: "I see a relaxed Leo... He has said many times that he wants to finish (his career) at Barca."

"Win one and then the other"

Bartomeu, who must stand down in 2021, insisted that he sees Messi "retiring at Barca under another president because he will sign for another spell."

Bartomeu said he spoke to his captain on Saturday.

"I talk to the players very often. Not only with Leo, but also with the group, especially with the captains. Besides, lately we have a lot of topics to talk about," said Bartomeu.

Before beating Villarreal 4-1 on Sunday, Barcelona had drawn three of their previous four matches and slipped four points behind Real in the title race, putting Setien under pressure.

"Setien will continue, of course," said Bartomeu. "I am quite happy with the development we are showing in the games despite the draws.

"I do not regret the change of Valverde. The team needed a boost. Setien knows our DNA, the model and he has brought fresh air and new ideas and is working hard," said Bartomeu before adding that "coaches, evidently, need results."

"If La Liga, which will be difficult, is not won then comes the Champions League in August. We have to try to win one and then the other," said Bartomeu.

He said that Barca are trying to ensure home advantage for the second leg of the Champions League tie against Napoli. The clubs drew the first leg 1-1 in Naples on February 25 before the season was interrupted.

"We are fighting for the second leg of the round of 16 to be played at the Camp Nou. UEFA, if the situation is normal, knows that we would play here," Bartomeu said

In Spain, one of the countries most affected by the pandemic, one of the main outbreaks has been in an inland area of Catalonia, where regional authorities on Saturday announced the isolation of some 200,000 inhabitants in an area around the city of Lerida, about 150 kilometres (93 miles) west of Barcelona.