European football's governing body UEFA considers it a political symbol and fined Barcelona 40,000 euros after the flags were flown during a Champions League group game against Bayer Leverkusen last September 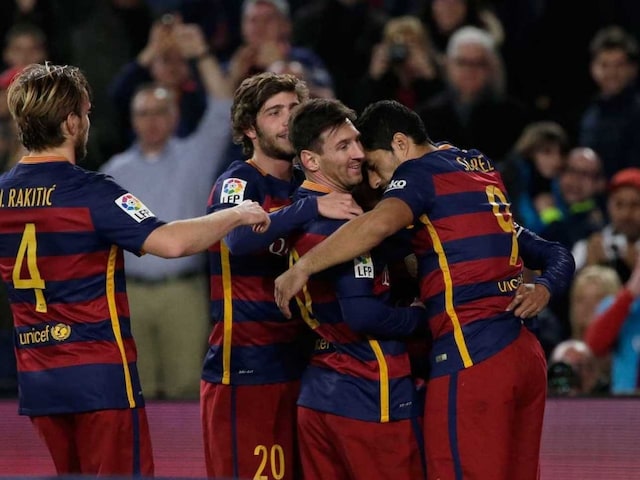 Barcelona said that they would do everything to overturn the punishment.© AP

Spanish champions Barcelona said on Friday they have been fined 150,000 euros (USD 170,000) by UEFA after separatist flags were flown in the Camp Nou during Champions League games last season.

In a statement, the Spanish champions said that they would do everything to overturn a punishment which they described as "totally unjust and...opposed to the exercise of the freedom of expression."

Of the fine, 50,000 euros will be suspended if there is no repeat offence in the next two years.

The Catalan 'estelada' -- which differentiates from the red and yellow Catalan flag by the presence of a five-pointed star within a blue triangle -- has in recent years become a symbol of the independence movement within Catalonia.

European football's governing body considers it a political symbol and fined Barcelona 40,000 euros after it was flown during a Champions League group game against Bayer Leverkusen last September.

The club was also fined 30,000 euros in July 2015 after it was flown during the Champions League final in Berlin the previous month, where Barcelona beat Juventus to lift the trophy.

Comments
Topics mentioned in this article
Barcelona Bayer Leverkusen Football
Get the latest Cricket news, check out the India cricket schedule, Cricket live score . Like us on Facebook or follow us on Twitter for more sports updates. You can also download the NDTV Cricket app for Android or iOS.