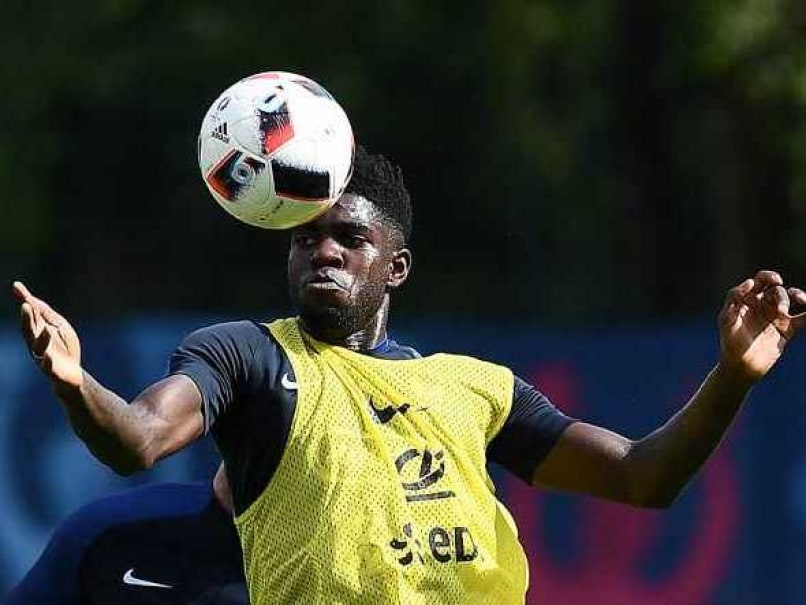 Cameroon-born Samuel Umtiti made his France debut against Iceland in the quarter-final of Euro 2016.© AFP

Barcelona have completed the signing of France defender Samuel Umtiti from Lyon in a deal worth 25 million euros (USD 27.7 million), the Spanish champions announced on Tuesday.

Umtiti, 22, will pen a five-year contract with Barcelona which includes a buy-out clause of 60 million euros, the club said in a statement.

Barcelona president Josep Maria Bartomeu confirmed last month that the two clubs had reached an agreement over the transfer while Umtiti was on international duty for France at Euro 2016.

The Cameroon-born centre-back made hisFrance debut in the Euro 2016 quarter-finals against Iceland and retained his place in the team for the next two matches, including Sunday's 1-0 defeat by Portugal in the final.

Umtiti, who can also play at left-back, will be officially presented as a Barcelona player on Friday after undergoing a medical at the Camp Nou.

Comments
Topics mentioned in this article
Barcelona Lyon Samuel Umtiti Football
Get the latest updates on IPL Auction 2023 and check out  IPL 2023 and Live Cricket Score. Like us on Facebook or follow us on Twitter for more sports updates. You can also download the NDTV Cricket app for Android or iOS.