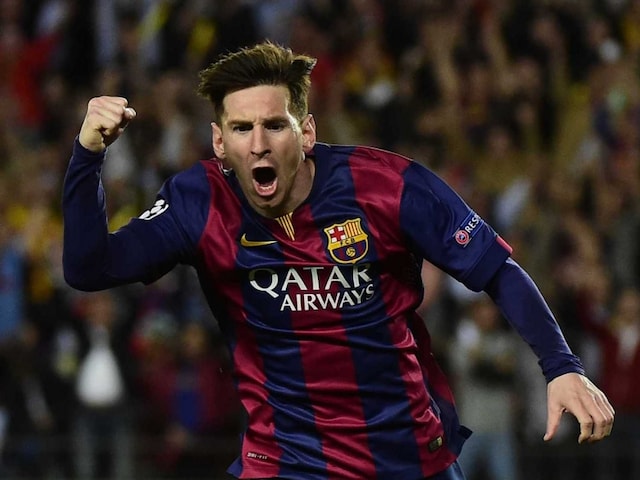 Lionel Messi: A sure entrant in the all stars squad
Madrid:

Four Barcelona players topped the list of the best 11 La Liga footballers in the 2014-15 season, as chosen by the editors of the Union of European Football Associations (UEFA) website.

Valencia was the second team with this highest number of all-star players based on UEFA's preference with defenders Nicolas Otamendi and Jose Luis Gaya, and midfielder Daniel Parejo.

Comments
Topics mentioned in this article
Barcelona Lionel Messi Gerard Pique Claudio Bravo Dani Alves Football
Get the latest Cricket news, check out the India cricket schedule, Cricket live score . Like us on Facebook or follow us on Twitter for more sports updates. You can also download the NDTV Cricket app for Android or iOS.