Frenkie de Jong underwent tests and Barcelona have revealed an injury to the midfielder's right leg. 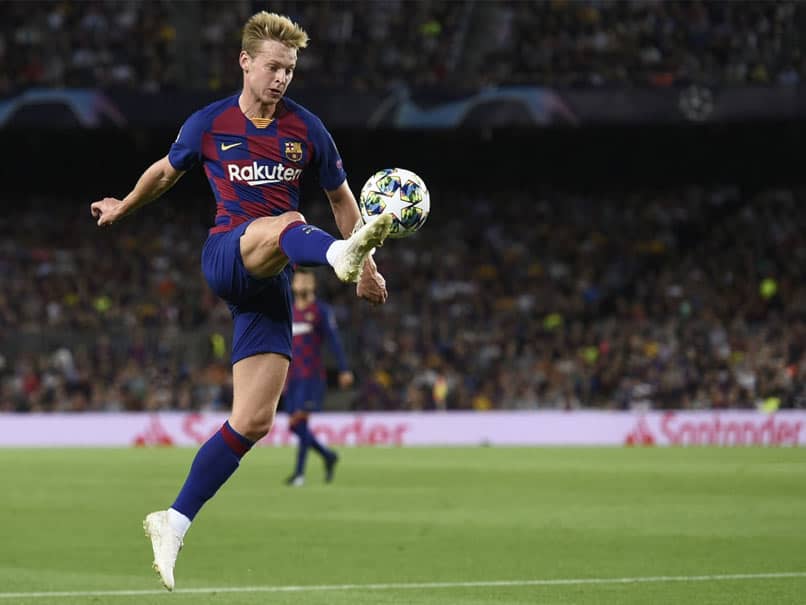 Frenkie de Jong has managed to score two goals as well in this season.© AFP

Spanish football club Barcelona on Sunday confirmed Frenkie de Jong's injury. The 23-year-old underwent tests and they have revealed an injury to the midfielder's right leg. "The clinical follow-up on Frenkie De Jong has uncovered an injury in the soleus of his right leg. The evolution of the injury will condition the player's availability," Barcelona said in an official statement. De Jong had started for Barcelona during their return to La Liga action in the 4-0 victory over Mallorca on June 13, but he ended up missing the subsequent clash against Leganes and the 0-0 draw against Sevilla.

The midfielder had joined the club last summer and has become a key member of the side during 2019/20 campaign.

He has made 38 appearances in all competitions for Barcelona this season and has missed only three matches.

De Jong has managed to score two goals as well in this season.

Barcelona is currently at the top of the La Liga standings and is three points ahead of second-placed Real Madrid.