Barcelona Close in as Real Madrid's Fixture is Called Off

Real Madrid have two games in hand, the first of which was supposed to take place on Sunday at Celta Vigo. 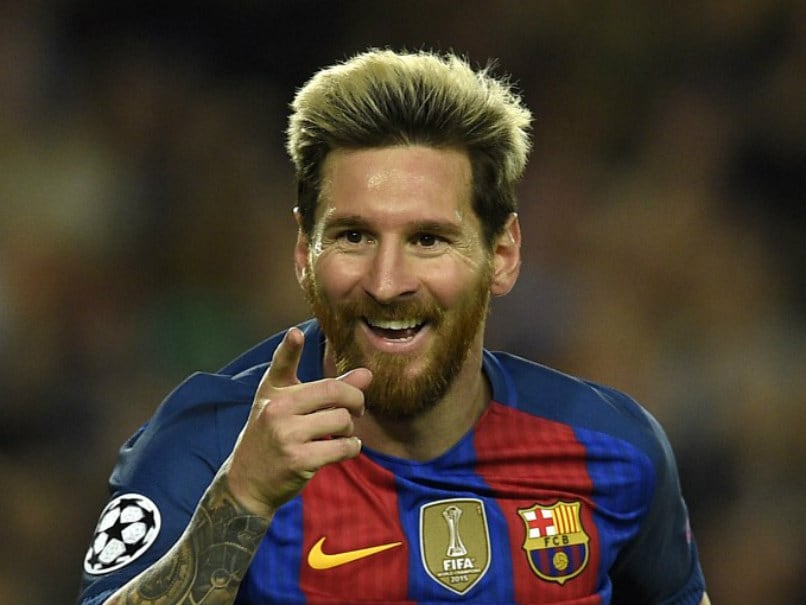 Lionel Messi scored for Barcelona in their 3-0 win over Athletic Bilbao.© AFP

Lionel Messi struck another trademark free-kick as Barcelona moved to within one point of La Liga leaders Real Madrid with a 3-0 win over Athletic Bilbao on Saturday.

Madrid have two games in hand, the first of which was supposed to take place on Sunday at Celta Vigo.

However, that match has been called off after strong winds damaged Celta's Balaidos stadium and left it unsafe to hold the game, La Liga confirmed after a security evaluation was carried out by local authorities.

Barca took their chance to apply pressure at the Camp Nou, but needed some wasteful finishing by Athletic in a much tighter game than the scoreline suggests.

Luis Suarez was left on the bench to allow Paco Alcacer a rare start and he netted his first La Liga goal since joining from Valencia for 30 million euros ($32 million) in August, whilst Messi came off 25 minutes from time.

"Today a lot of players who haven't had a lot of minutes took part and showed what they can do," said Barca boss Luis Enrique.

"We were able to give a rest to some because, without that, it is impossible to compete at 100 percent with all the games we have coming up.

Athletic should have been in front before Alcacer's 18th-minute opener as Raul Garcia's low effort was turned onto the post by Marc-Andre ter Stegen before Inaki Williams headed wide when unmarked from 12 yards out.

Alcacer has endured a torrid time since joining Barca but settled the hosts when he turned home Neymar's cut-back inside Gorka Iraizoz's near post.

Athletic's day was summed up with Barca's second, five minutes before half-time. After scoring in both legs of the Copa del Rey last 16 clash between the sides from free-kicks last month, Messi again outdid Iraizoz from the narrowest of angles.

This time, though, the goalkeeper was more at fault than brilliance from the Argentine as Messi registered his 31st goal in 30 games this season.

Only injuries to Gerard Pique and Rafinha blighted Barca's day. Pique limped off at half-time as a precautionary measure with a groin strain, whilst the Brazilian suffered a knock in clashing with Ter Stegen.

Messi then took a rare break as he was replaced by Sergi Roberto.

Yet, even that change worked in Barca's favour as Aleix Vidal was pushed into a more advanced role from right-back and rounded off the win by firing into the far corner 23 minutes from time for the Catalans' 100th goal in all competitions this season.

In Vigo confusion reigned for hours as to whether Balaidos would be safe enough to host the European champions on Sunday.

However, La Liga finally issued a statement confirming the postponement, saying the stadium "will not be secure for players and fans".

Elsewhere, Atletico Madrid strengthened their hold on the final Champions League position in fourth as Fernando Torres scored twice to see off lowly Leganes 2-0 at the Vicente Calderon.

Torres won the penalty that led to the opening goal on 15 minutes as he was chopped down by Dimitrios Siovas.

For the fifth time in his seven penalties for Atletico, Antoine Griezmann failed to find the net as Iago Herrerin saved his tame effort, but Torres poked home the rebound for his first league goal since September.

And the former Liverpool and Chelsea striker doubled the lead just six minutes into the second half when he dinked home Angel Correa's fine through ball.

At the other end of the table, Valencia's struggles continued as they were thrashed 4-0 at home by Eibar to remain six points above the relegation zone in 15th.

Comments
Topics mentioned in this article
Barcelona Real Madrid Football
Get the latest updates on ICC T20 Worldcup 2022 and CWG 2022 check out the Schedule, Live Score and Medals Tally. Like us on Facebook or follow us on Twitter for more sports updates. You can also download the NDTV Cricket app for Android or iOS.