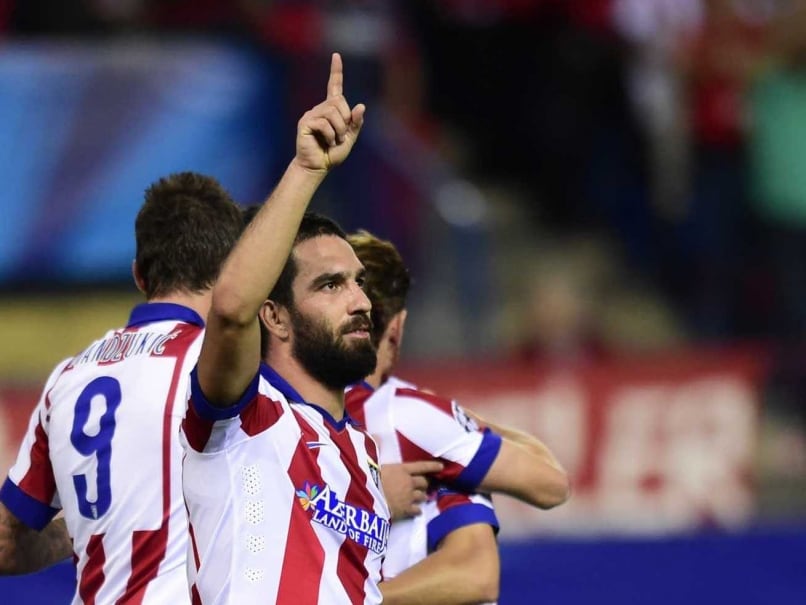 A second-half strike by Arda Turan gave Atletico Madrid a 1-0 win against Juventus in Group A of the Champions League on Wednesday.

Juventus dominated possession but paid for a lack of penetration up front when Juanfran Torres crossed from the right and Turan stabbed the ball home at the far post with goalkeeper Gianluigi Buffon stranded in the 75th minute.

All four teams in the group now have three points, with Malmo beating Olympiakos 2-0.

Juventus gradually took control as the first half wore on, with midfielder Claudio Marchisio unleashing a shot from 20 meters (yards) that flew wide of Miguel Moya's goal.

After the break, the Italian side began to convert its overwhelming possession into pressure on the 2014 finalist's defense, only for Turan to grab the winner.

"Fabulous, we were once again playing against a very great rival in a closely-fought match that was full of details that in the end favored us," Atletico coach Diego Simeone said. "They allowed us to win a game that we had to win."

For Torres, the match had simply gone according to plan.

"We were very evenly matched with great intensity and strength," Torres said. "We knew we had to respect Juve and decided to press hard along the flanks and deliver good crosses. We had good crosses - and a great finish by Arda."

It was a tense, physical clash between a home side enjoying huge vocal support at Vicente Calderon stadium and an Italian team that had not conceded a goal in its last 10 games in all competitions.

Juventus had previously beaten Malmo 2-0, while Atletico had lost its group opener 3-2 at Olympiakos.

In a combative start, Juventus defender Leonardo Bonucci was shown a yellow card for elbowing Mario Mandzukic in the face in the 12th minute.

Atletico's Croatian international forward underwent surgery to repair a broken nose suffered in the loss at Olympiakos and had begun the match wearing a mask, but he removed it after the foul.

As Atletico pushed forward, Mandzukic struck a right-footed shot on target in the 25th minute but Buffon punched it out safely.

Juventus midfielder Paul Pogba responded with a powerful drive that rose just wide of the far top corner of Moya's goal in the 33rd.

"It was a very tough and tactical match," Juventus forward Fernando Llorente said. "We were made to fight hard, without being given many chances."

Moya had a difficult moment, though, when he fumbled the ball in his penalty area and nearly tripped before falling on it in the 56th.

Atletico captain Raul Garcia nearly scored an own goal when he fell to the ground while trying to clear a dangerous cross in the 80th minute as Moya watched helplessly.

The Spanish side hosts Malmo in its next Group A match on Oct. 22, when Juventus is away to Olympiakos.

Comments
Topics mentioned in this article
Atletico Madrid Juventus Arda Turan Football
Get the latest updates on IND vs NZ 2021, check out the Schedule and Live Score . Like us on Facebook or follow us on Twitter for more sports updates. You can also download the NDTV Cricket app for Android or iOS.