Midfielder Arturo Vidal and forward Alexis Sanchez have not trained and have only done recovery work with the medics. 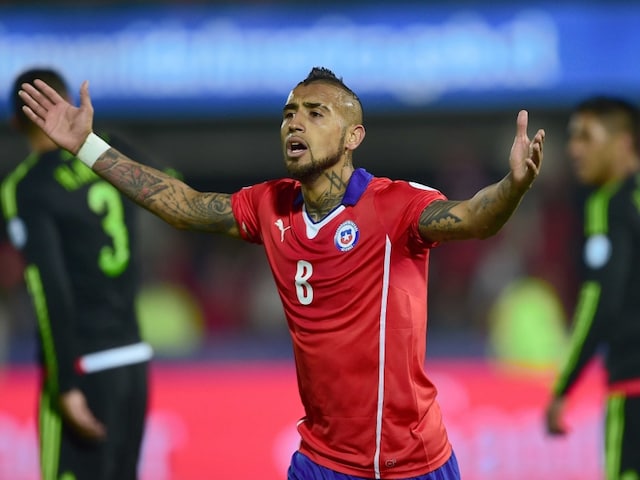 Arturo Vidal and Alexis Sanchez were pivotal for Chile in the Copa America triumph this summer but are struggling with injuries.© AFP
Santiago:

"These next few hours will be vital to whether Arturo and Alexis will play. Neither of the two are confirmed to face Brazil. They have not trained and have only done recovery work with the medics," Xinhua quoted Sampaoli as saying on Wednesday.

Chile will begin their road to the World Cup Russia 2018 on Thursday at the national Stadium of Santiago at 8:30 p. m. local time against Brazil, their biggest rival, in the first match of the South American qualifiers.

After recently winning the Copa America 2015 tournament, the South American team has been listed as one of the favourites in the competition.

In reference to Thursday's match, Chile's coach said: "The idea is to try not to be dominated. We have sometimes been in control when playing against the big teams but not always.

"We need to control the transitions. Protecting transitions is more important than the system that we have in place," concluded Sampaoli.

Comments
Topics mentioned in this article
Alexis Sanchez Arturo Vidal Chile Brazil Football
Get the latest Cricket news, check out the India cricket schedule, Cricket live score . Like us on Facebook or follow us on Twitter for more sports updates. You can also download the NDTV Cricket app for Android or iOS.