Arrests Made In Liverpool, Leeds After Fans Gather To Celebrate Trophy Lifts

Nine arrests were made as large numbers congregated outside the Kop end, where Liverpool lifted the Premier League trophy after a 5-3 victory. 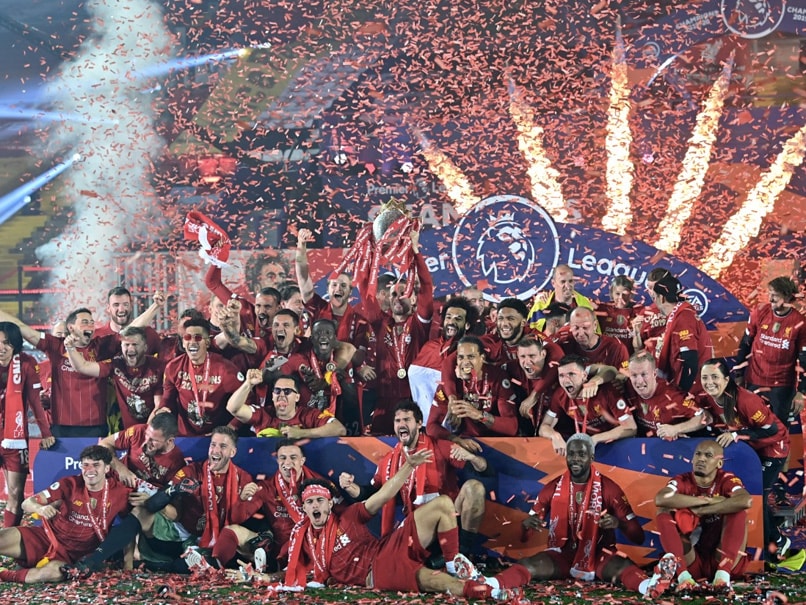 Liverpool had urged people to celebrate from their homes due to COVID-19.© AFP

A total of 13 arrests were made in Liverpool and Leeds as thousands of fans gathered outside stadiums on Wednesday night to celebrate their clubs' title triumphs despite warnings to stay at home. Merseyside Police introduced a 48-hour dispersal zone around Liverpool's Anfield stadium during the club's match against Chelsea. Nine arrests were made as large numbers congregated outside the Kop end, where Liverpool lifted the Premier League trophy after a 5-3 victory. Ahead of the match in Liverpool, the club, council, police and supporters' group Spirit of Shankly had urged people to celebrate from their homes due to ongoing concerns over the spread of coronavirus.

"Although the numbers who gathered last night could have been significantly higher, it is still disappointing that people did not listen to requests from ourselves, Liverpool Football Club and Liverpool City Council not to gather in large numbers because of the risks still posed by COVID-19," said Merseyside police assistant chief constable Natalie Perischine.

Thousands of supporters also celebrated outside Anfield last month when the team's first top-flight title in 30 years was confirmed and huge numbers gathered at the city's Pier Head the following night, where police reported violent confrontations.

"Officers made a total of nine arrests outside Anfield last night for affray, assault, people who were drunk and disorderly and drug-driving," added Perischine.

Leeds defended the club's decision for players to parade the Championship trophy in an open-top bus at Elland Road after their 4-0 win over Charlton on Wednesday.

In a repeat of scenes outside Elland Road when promotion back to the Premier League for the first time in 16 years was confirmed on Friday, thousands of supporters gathered to celebrate.

Four arrests were made and a police officer suffered minor injuries.

Fans were then joined by the players on the bus after their pitchside trophy presentation had concluded.

"Following consultation with the SAG (Safety Advisory Group) and (Leeds City) Council, Leeds United arranged for a bus to be parked outside the East Stand reception as a contingency to assist dispersal should a crowd congregate at Elland Road, despite a month-long campaign from the club and supporter groups to encourage supporters to stay at home," said a club spokesman.

"The safety group believed that a brief appearance from the players with the Championship trophy would help to signal an end to proceedings, encouraging fans to head home safely.

"In challenging circumstances fan safety has always been our priority."

Liverpool Football
Get the latest updates on IPL Auction 2023 and check out  IPL 2023 and Live Cricket Score. Like us on Facebook or follow us on Twitter for more sports updates. You can also download the NDTV Cricket app for Android or iOS.