Argentina-Brazil 'SuperClasico' Match Washed Out Due To Rain

The 2018 World Cup qualifying clash between Argentina and Brazil, dubbed the "SuperClasico", was washed out due to torrential rain in Buenos Aires. The match will be played on Friday. 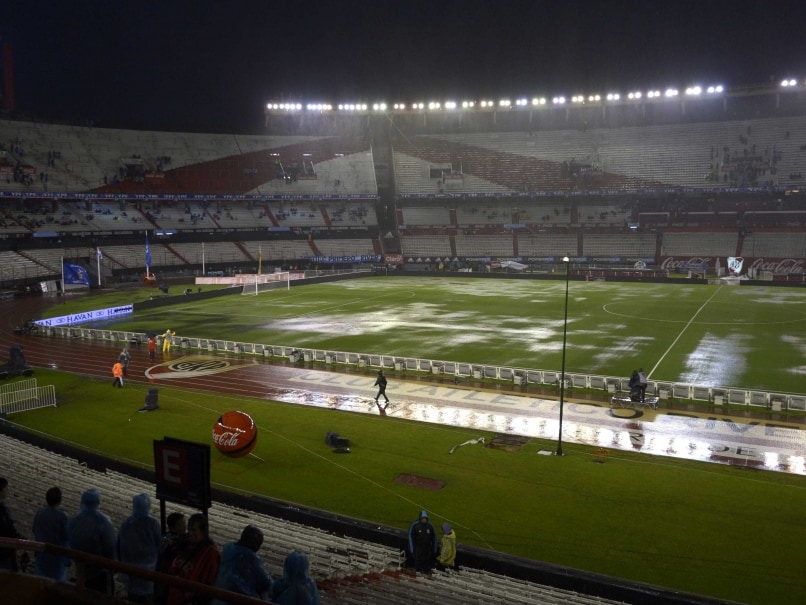 The River Plate stadium in Buenos Aires was waterlogged due to persistent heavy rain and the "SuperClasico" clash between Argentina and Brazil was postponed.© AFP
Buenos Aires:

The most eagerly awaited match of the 2018 World Cup qualifying, the "Superclasico" between South American heavyweights Argentina and Brazil's, was postponed by torrential rain. (Latest Football News)

Heavy rain pounded Buenos Aires for hours prior to kick off, leaving the pitch at River Plate's famous Monumental Stadium heavily waterlogged with no chance of play possible.

"The bad weather made it impossible for the match to be played. Heavy rain is still falling on Buenos Aires so the match has been postponed," a statement from the Argentine Football Association (AFA) said.

The match was called off approximately 40 minutes before it was due to kick-off at 9pm local time (0000 GMT).

Argentina and Brazil will now face each other on Friday, weather permitting.

Brazil are welcoming back superstar striker Neymar from suspension after his four-match ban at the Copa America.

Argentina meanwhile are looking to bag their first win of the qualifying campaign after taking only one point from their first two matches last month. Argentina are without an array of key players, with captain Lionel Messi and strikers Sergio Aguero and Carlos Tevez all injured. 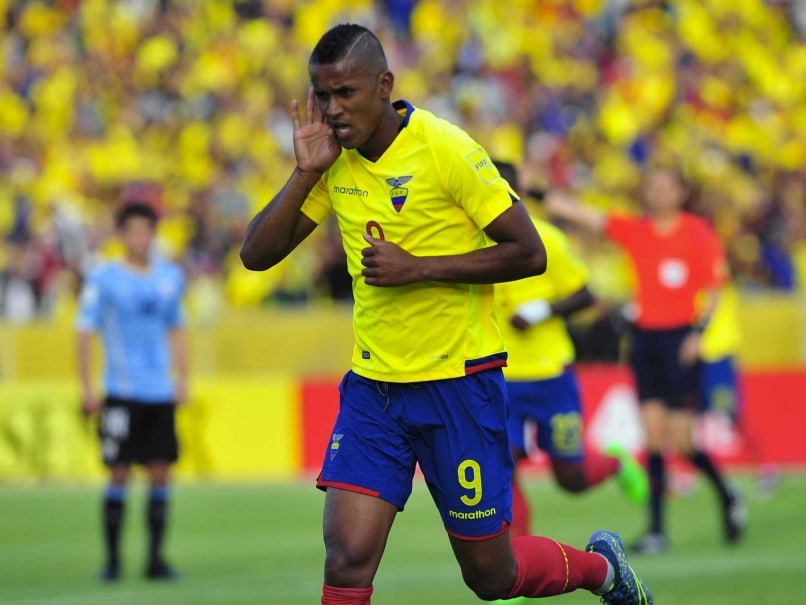 Fidel Martinez scored in the second-half as Ecuador defeated Uruguary 2-1. Earlier, Ecuador had defeated Argentina in Buenos Aires in October.

Real Madrid star James Rodriguez returned to snatch a draw for Colombia against Chile on Thursday. Rodriguez, who missed Colombia's opening two 2018 World Cup qualifiers last month through injury, pounced in the 68th minute to help give his team a precious point in a 1-1 draw with the Copa America champions in Santiago.

Chile, who dominated possession for long periods but struggled to break down a disciplined Colombian defence, had taken the lead on the stroke of half-time through a headed Arturo Vidal effort.

In other games Thursday, surprise package Ecuador defeated Uruguay 2-1 to maintain their 100 percent start to the qualifying campaign after three matches.

Uruguay, missing suspended superstar Luis Suarez -- still serving a ban for his infamous bite at the 2014 World Cup -- struggled to contain a vibrant Ecuador side, comfortable in the challenging thin Andean air of Quito, some 9,000-feet above sea level.

Ecuador took the lead on 23 minutes through Felipe Caicedo, the Espanyol striker coolly tucking away a low cross from Juan Paredes on the right flank.

But Ecuador regained the lead only 10 minutes later however through an opportunistic strike from Martinez.

Swansea City forward Jefferson Montero was the catalyst, cutting in purposefully from the left flank and unleashing a fierce low shot towards Fernando Muslera.

Muslera could only parry the shot into the path of Martinez, who jabbed home the rebound to trigger wild celebrations in Quito's Atahualpa Stadium.

Ecuador will now aim to secure a fourth consecutive victory when they travel to Venezuela next Tuesday.

Venezuela, who lost their opening two matches last month, suffered a third defeat earlier Thursday when they slumped to a 4-2 defeat to Bolivia in La Paz.

Comments
Topics mentioned in this article
Brazil Argentina Chile Ecuador Lionel Messi Neymar Football
Get the latest updates on IND vs NZ 2021, check out the Schedule and Live Score . Like us on Facebook or follow us on Twitter for more sports updates. You can also download the NDTV Cricket app for Android or iOS.