Real Madrid have managed one win in their last seven matches. 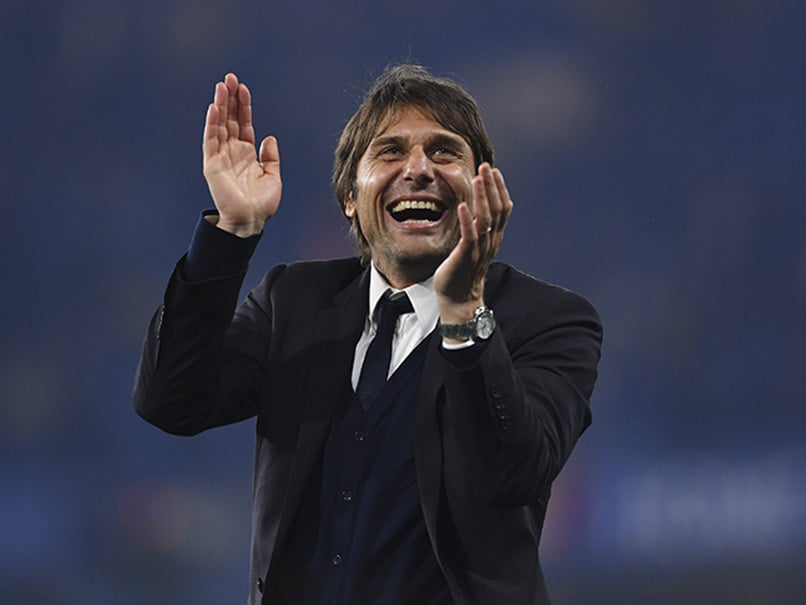 Julen Lopetegui's brief and inglorious reign as Real Madrid coach could come to an end on Monday with the defending European champions tipped to appoint Antonio Conte as his replacement. Real Madrid were thrashed 5-1 by great rivals Barcelona on Sunday as Luis Suarez scored a hat-trick, surely sealing Lopetegui's fate. According to Spanish media, Real Madrid directors are set to meet later on Monday afternoon, when Lopetegui's sacking could be confirmed. He was named coach only 139 days ago, with his decision to accept the post costing him the chance to lead Spain at the World Cup.

But Real Madrid's dreadful recent run showed no sign of abating at the Camp Nou. They have now managed one win in their last seven matches, sit ninth in La Liga and earlier this month went more than eight hours without a goal.

Sports daily AS called the defeat a "lethal rout" on its front page on Monday, and it is a far cry from Sergio Ramos hoisting a third consecutive Champions League trophy in May.

Zinedine Zidane and Lopetegui have both been keen to afford freedom to the players while Conte is seen as a demanding coach, meticulous in his tactical preparation and unrelenting when it comes to defensive organisation.

"I've always had a good relationship with all the coaches," Ramos said. "Respect is earned, it isn't imposed. Those are the coaches with whom we've won titles. Managing the dressing room is more important than the knowledge of a coach."

The finger of blame is not only being pointed at Lopetegui, with Perez also being criticised for his failure to sign a replacement for Cristiano Ronaldo after the Portuguese superstar departed for Juventus.

"It is not just Julen's fault", read the headline on the front page of Marca, Spain's biggest selling daily.

- Fractious -
Conte is available after being sacked by Chelsea in July. He had led them to the Premier League title in 2017 in his first season, when a switch to a three-man defence was hailed as a brilliant, and decisive, strategic move.

But they finished fifth in his second year, when the Italian grew increasingly agitated and fractious. He criticised the club's transfer policy and fell out with Diego Costa, who was eventually sold to Atletico Madrid.

Conte would be taking over a Madrid team that is now seven points behind Barcelona, who returned to the top of the table after their emphatic win. Ramos insisted, though, the title is not lost yet.

"There are people that would believe, others that wouldn't," Ramos said. "I have won La Liga from 10 points behind. The key to success is to work. Real Madrid never gives up when it can turn the situation around."

All the failures that have underlined their problems under Lopetegui were on show in the Clasico: poor finishing, frantic defending and key players performing well below par, let alone at their best.

Lopetegui pointed to misfortune too, as Luka Modric hit the post at 2-1, while Suarez's second came from a penalty, awarded only after consultation with the Video Assistant Referee.

"We feel we could have turned the game around, we had chances to equalise, and go on and win," Lopetegui said. "But it did not happen, and there was more bad luck, more injuries, and the third goal killed our hopes. The punishment was excessive, 5-1 does not reflect the game."

"We have to run more, stand up more, fight more. We have played well in spells, and today we started the second half well but that is this season. We are a disaster, all playing very badly, all of us."

Real Madrid's director of institutional relations Emilio Butragueno dodged a question about Lopetegui's future afterwards. "This is not the moment to talk about that," he said.

Real Madrid Antonio Conte Football
Get the latest updates on ICC T20 Worldcup 2022 and CWG 2022 check out the Schedule, Live Score and Medals Tally. Like us on Facebook or follow us on Twitter for more sports updates. You can also download the NDTV Cricket app for Android or iOS.