Altintop in Madrid's squad for the 1st time

Midfielder Hamit Altintop has been included in Real Madrid's squad for the first time since his arrival from Bayern Munich. 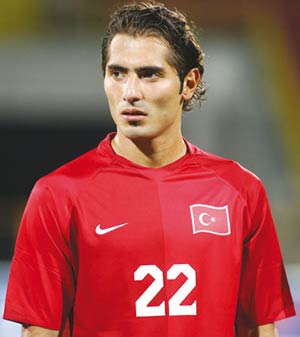 Midfielder Hamit Altintop has been included in Real Madrid's squad for the first time since his arrival from Bayern Munich.

The 28-year-old Altintop could make his club debut during Tuesday's Champions League game against Ajax. The Turkey international had been recovering from back surgery he underwent after joining Madrid from the German club.

Madrid will be without the injured Pepe and Fabio Coentrao and the suspended Marcelo against Ajax.

Madrid leads Group D with three points, followed by Ajax and Lyon with one point each. Lyon hosts last-place Dinamo Zagreb on Tuesday.

Comments
Topics mentioned in this article
Football Andreas Ottl Hamit Altintop Real Madrid
Get the latest updates on IPL Auction 2023 and check out  IPL 2023 and Live Cricket Score. Like us on Facebook or follow us on Twitter for more sports updates. You can also download the NDTV Cricket app for Android or iOS.