Egypt sorely missed injured captain Mohamed Salah as they slumped to a shock 0-2 defeat to Ethiopia on Thursday in 2023 Africa Cup of Nations (AFCON) qualifying. 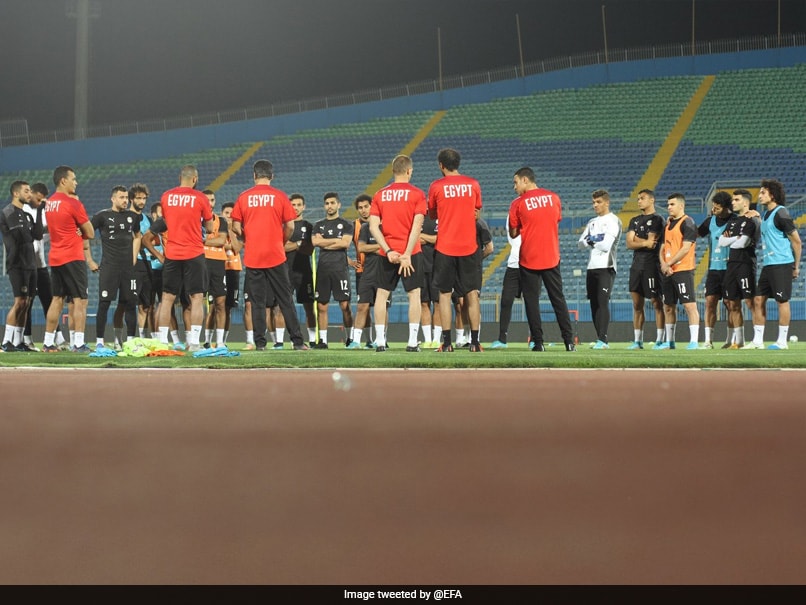 Egypt sorely missed injured captain Mohamed Salah as they slumped to a shock 0-2 defeat by Ethiopia on Thursday in 2023 Africa Cup of Nations (AFCON) qualifying. A strain ruled out the prolific Liverpool scorer after he defied his club last Sunday and played in a victory over Guinea despite not being fully fit. Egypt lacked several other injured first choices, but were still expected to secure maximum Group D points in neutral Malawi against opponents 108 places lower in the world rankings. But the quick Ethiopian forwards repeatedly troubled a slow Egyptian defence in the opening half and goals from Dawa Hotessa and captain Shemeles Bekele gave them a two-goal half-time advantage.

Egypt had more possession in the second half on a pitch badly cut up in places due to torrential pre-match rain.

Ethiopia were forced to play in Lilongwe because, like 16 other countries competing in qualifying, they do not have an international-standard stadium.

Coach Ehab Galal has only been in charge of Egypt for two matches after Portuguese Carlos Queiroz could not agree terms for an extension of his contract.

Galal, who left Cairo club Pyramids to take over the Pharaohs, will now come under intense pressure as a year filled with disappointments for Egypt continues.

They lost the last Cup of Nations final to Senegal on penalties in February and one month later suffered a similar fate against the same team in a play-off to decide who went to the 2022 World Cup in Qatar.

Egypt needed 87 minutes to score the goal that beat Guinea in the opening round of 2023 Cup of Nations qualifying and the loss to Ethiopia left them bottom of the table.

The only consolation for Galal and his squad is that the other teams in the section -- Ethiopia, Malawi and Guinea -- have also won and lost so each side has three points.

Guinea left it late to beat Malawi 1-0 in Conakry with Naby Keita, a Liverpool teammate of Salah, scoring in added time.

Nigeria ended a five-match winless run by coming from behind to beat Sierra Leone 2-1 in a Group A match played behind closed doors in Abuja because of crowd trouble in a World Cup play-off against Ghana.

All the goals came before half-time with Jonathan Morsay nodding the Leone Stars into an early lead, Alex Iwobi levelling and Victor Osimhen scoring what proved the match winner on 41 minutes.

The brilliance of South Africa captain and goalkeeper Ronwen Williams could not prevent Qatar-bound Morocco winning a high-profile Group K clash 2-1 in Rabat.

It was the first match for both teams in a group reduced to three teams by the banning of Zimbabwe over government interference and Ayoub el Kaabi won it with a superb 87th-minute volley.

The Ivorians qualify automatically as 2023 hosts but are competing in Group H to gain competitive match practice.

This leaves rivals the Comoros, Lesotho and Zambia fighting for just one place at the finals and the Zambian Chipolopolo (Copper Bullets) lie second on head-to head records.

Mali scored twice in added time with 10 men to defeat South Sudan 3-1 and build a three-point lead over Congo Brazzaville and the Gambia in Group G.

Egypt Mohamed Salah Football
Get the latest updates on Fifa Worldcup 2022 and check out  Fifa World Cup Schedule, Stats and Live Cricket Score. Like us on Facebook or follow us on Twitter for more sports updates. You can also download the NDTV Cricket app for Android or iOS.