AFC Cup: Sunil Chhetri had tested positive for coronavirus on March 11 and announced that he had recovered from the infection on March 28. Bengaluru FC face Tribhuvan Army FC on April 14. 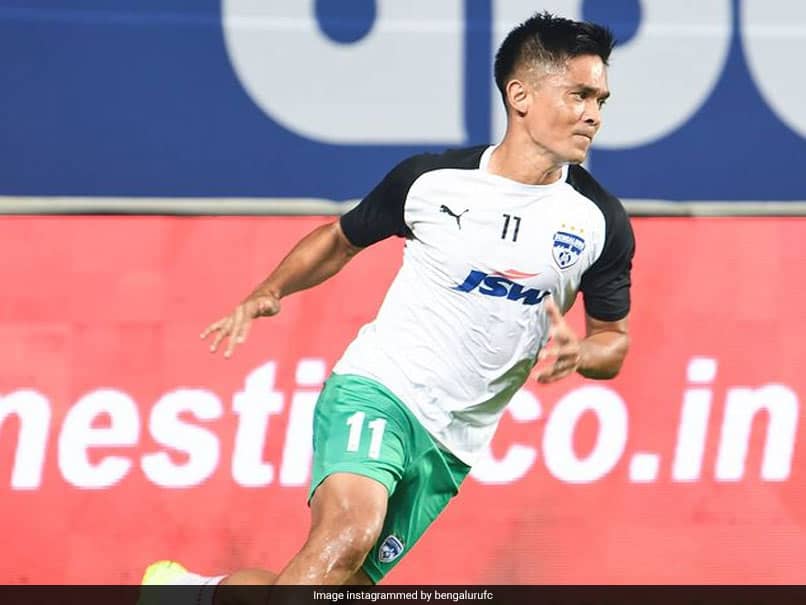 Talismanic India captain Sunil Chhetri has returned to action after recovering from COVID-19 and will lead Bengaluru FC in their AFC Cup preliminary stage two match on April 14. The Bengaluru-based side on Thursday named a 29-member squad for the match against Nepalese side Tribhuvan Army FC, a day after three COVID-19 cases were detected among the players and staff. Five reserve team players were named in the team as head coach Marco Pezzaiuoli prepares for his first game in charge of the Blues.

"Skipper Sunil Chhetri will lead the side into a seventh season of continental football, with the 36-year-old having joined the side in Goa where preparations for the campaign are well underway," the club said in a statement.

Chhetri had tested positive for coronavirus on March 11 and announced that he had recovered from the infection on March 28.

He missed India's two international friendlies against Oman and the UAE in Dubai due to the COVID-19 infection. India had drawn Oman 1-1 while they suffered an embarrassing 0-6 drubbing at the hands of the UAE.

Gabonese defender Yrondu Musavu-King is the newest addition to the Blues' foreign contingent as he joins Juanan Gonzalez, Cleiton Silva and Erik Paartalu in the squad for the qualifying campaign.

The graduates from the club's reserve side include goalkeeper Sharon Padattil, midfielders Damaitphang Lyngdoh and Muhammad Inayath, as well as strikers Akashdeep Singh and Sivasakthi Narayanan.

The match at the GMC Stadium here will be played behind closed doors due to the pandemic.

On Wednesday, the club announced that three individuals have tested positive for the virus during the camp, which began on April 5.

Bengaluru FC Sunil Chhetri Indian Super League Football
Get the latest updates on IPL 2021, IPL Points Table , IPL Schedule 2021 , live score . Like us on Facebook or follow us on Twitter for more sports updates. You can also download the NDTV Cricket app for Android or iOS.