Adam Lallana, whose deal with Liverpool expired after their final game on Sunday, was targeted by Everton, Leicester City and Burnley before opting to join Brighton. 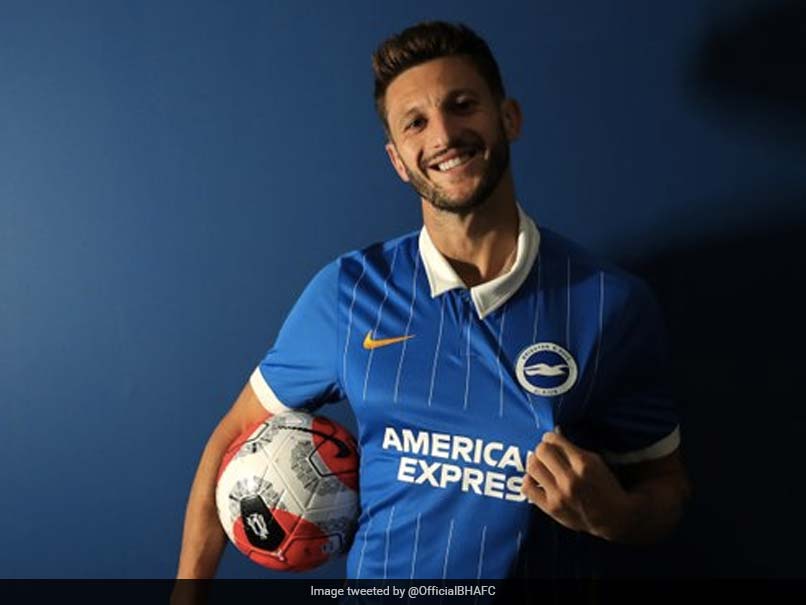 Brighton signed former Liverpool midfielder Adam Lallana on a free transfer on Monday. Former England international Lallana agreed a three-year contract with Brighton just 24 hours after the end of the Premier League season. The 32-year-old, whose deal with Liverpool expired after their final game on Sunday, was targeted by Everton, Leicester City and Burnley before opting to join Graham Potter's side. "Adam is a really exciting signing for us, someone I'm sure the supporters will be really looking forward to seeing play as and when things are able to begin to return to normal," Potter told Brighton's website.

"To have both his experience and quality out on the pitch will be a great addition for us, and I know he will be an excellent role model for our younger players in the squad."

During his time at Liverpool, Lallana won the Champions League, the Premier League, the European Super Cup and the FIFA Club World Cup.

"There is no doubting Adam's quality, and if you look at his footballing CV his ability is clear for everyone to see," Potter said.

"He has played at the very highest level, for both club and country, and achieved great things. He has a wealth of experience alongside his technical quality.

"The honours he won during his time at Liverpool, and the high regard in which he is held at Anfield, only further underline his ability and character."

Lallana, who has won 34 caps for England, made 22 appearances for Liverpool in all competitions this season.

The popular playmaker, who didn't feature for the Reds after the coronavirus hiatus, said an emotional farewell to his Liverpool team-mates at the club's training ground on Friday.

He was presented with a framed memento by Liverpool manager Jurgen Klopp, which featured pictures of his finest moments for the club.

Lallana made 196 Premier League appearances for Liverpool, scoring 30 goals and providing 28 assists after arriving from Southampton in 2014.

England Adam Lallana Football
Get the latest updates on SA vs IND 2021-22, check out the Schedule and Live Score . Like us on Facebook or follow us on Twitter for more sports updates. You can also download the NDTV Cricket app for Android or iOS.