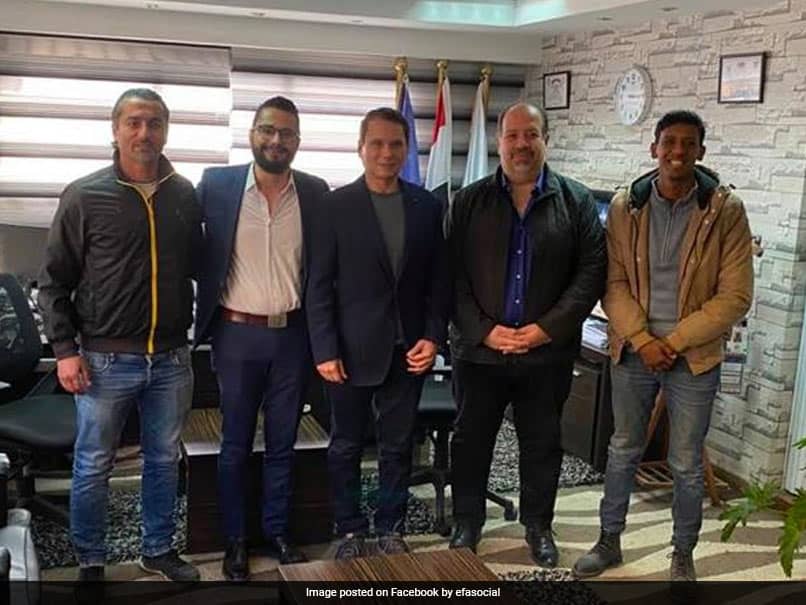 A football club playing in Egypt's third-division named 6th October on Tuesday completed the signing of a 75-year-old professional footballer named Ezz El-Din Bahader. Egyptian Football Association (EFA) -- the body which governs the sport in the north-African country -- posted a series of pictures on Facebook where Bahader can be seen putting pen to paper in front of club officials. While the signing has made him the oldest professional footballer in the world, at least on paper, he still needs to get on the field to officially break the previous record. According to a report published in goal.com, Bahader will become the oldest professional footballer in the history of the sport should he take the field for his new club based out of Giza.

The current world record of being the oldest professional football player is held by Isaak Hayik who guarded the goalpost for Israel's fourth-tier side Ironi Or Yehuda in April 2019 at the age of 73.

"Today, the Egyptian Football Association has registered the oldest professional player in the world during the current winter transfer period. He is 75-year-old Ezz El-Din Bahader, who signed for 6 October in the third division," the EFA said in a Facebook post.

Bahader completing a move to a professional football club at the such an old age once again proved the age-old saying that 'age is just a number'.

With this signing Bahader wants to break the world record currently held by Hayik. The EFA, in their statement, also conformed the same.

"He is preparing to enter the Guinness World Encyclopaedia of records as he begins his participation with his club," the EFA said in a statement.

While it is great to see Bahader going strong at such an old age, there is no clarity over his professional record of playing history. The club also didn't shed light on on Bahader's contract.