The visit from the team psychologist came after Brazil almost crashed out against Chile in the FIFA World Cup 2014 before squeezing through on penalties, with Neymar, goalkeeper Julio Cesar, David Luiz and captain Thiago Silva all seen crying. 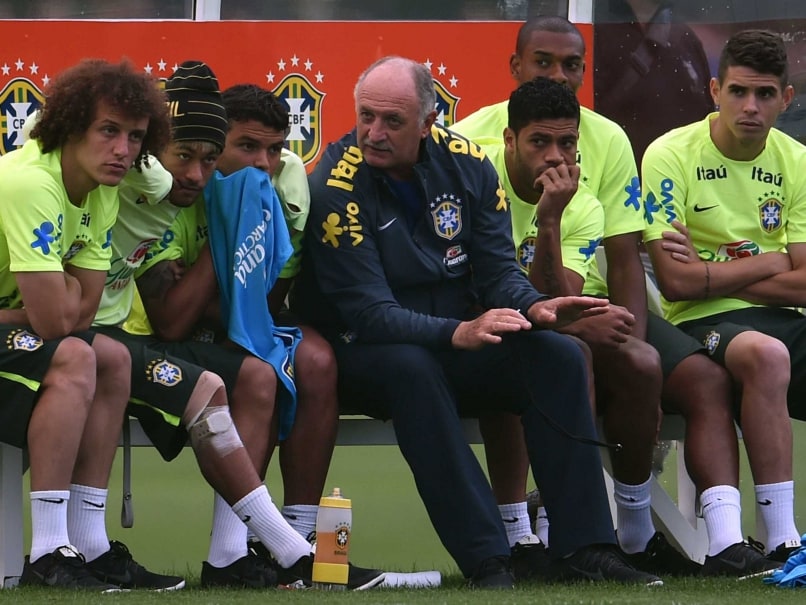 Brazil coach Luiz Felipe Scolari has summoned the team psychologist for an extra session with players after crushing World Cup pressure left some of them in tears, a report said on Wednesday. (Europe vs Latin America in Quarters)

Sports psychologist Regina Brandao made an "urgent" and unscheduled visit to their training camp on Tuesday, ahead of Friday's quarter-final with Colombia, Folha de Sao Paulo said. (All the Main Stats From the FIFA World Cup)

The visit came after panicky Brazil nearly crashed out against Chile before squeezing through on penalties, with Neymar, goalkeeper Julio Cesar, David Luiz and captain Thiago Silva all seen crying. (Brazil Script Great Escape vs Chile)

Scolari called Brandao on Monday and on Tuesday, she held a meeting with all the players and the technical team, according to Folha. She did not speak individually with players.

The psychologist, who has worked with Scolari for more than 20 years, did not comment on whether the meeting was called urgently.

"The visit formed part of our initial planning. I have classes and I couldn't be here for long," Brandao told CBF TV.

"I speak constantly with the players. We speak to each other on WhatsApp, we speak on the phone, we communicate by email," she added.

The stark emotions of Brazil's players have caused much debate and concern over whether they are psychologically equipped to deliver a home World Cup win.

Star forward Neymar cried during the national anthem at the tournament-opener against Croatia, and tears have never been far away since.

"They cry during the national anthem, they cry at the end of extra-time, they cry before and after the penalties," said technical director Carlos Alberto Parreira.

World Cup legend Zico said a lack of self-control could damage Brazil's chances on the pitch.

"There's a lack of focus during the game, which can hurt Brazil. There are players who get emotional and forget the game. They need to have more control," he said.

Carlos Alberto, Brazil's World Cup captain in 1970, said the Selecao should save their tears until after they have won the final in Rio de Janeiro on July 13.

"The team is crying when they're singing the anthem, when they get hurt, when they shoot penalties! Come on... Stop crying! Enough!" he said.

"They say it's the pressure from playing at home. But they should have been prepared for this. They knew they would go through this. Where's the psychologist?"

"This shows the team is not 100 percent ready to face a World Cup. When you are prepared to win, everything happens automatically. When you're not prepared, you cry when the result is not positive. This is what's happening now."

Scolari has stressed that Brazil are a young team, while goalkeeper Cesar, who is 34, said he had every right to show his emotions.

"I never hid that I am an emotional person. This match proves that if you have a dream you must chase it," he said, after the shoot-out with Chile.