The 2-1 win over Brighton, lifted Tottenham up to second in the Premier League table. 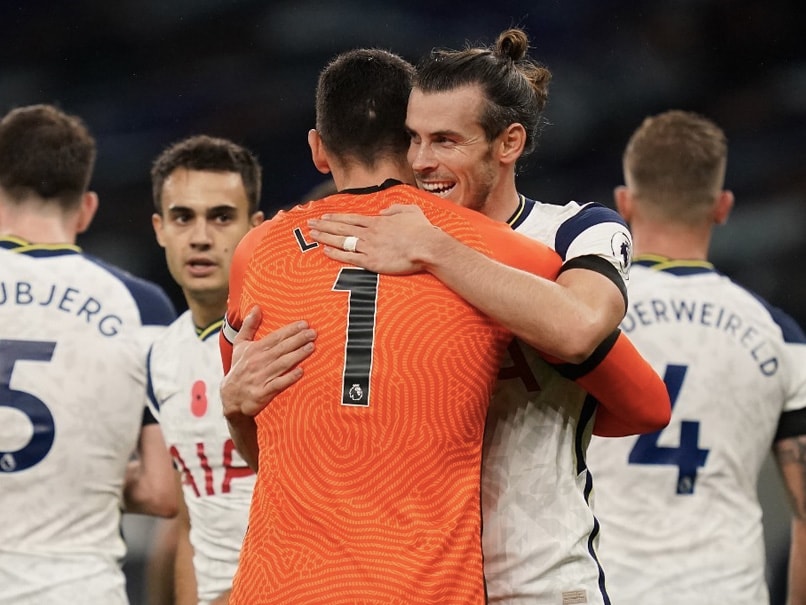 Gareth Bale came off the bench to score the winner in a 2-1 victory over Brighton.© AFP

Jose Mourinho praised Gareth Bale's patience to wait for his chance to shine after coming off the bench to score the winner in a 2-1 victory over Brighton that lifted Spurs up to second in the Premier League. Bale is yet to start in the league during his second spell at the club he left for a world record fee to join Real Madrid in 2013. But the 31-year-old showed his ruthlessness in front of goal remains with a powerful header 17 minutes from time to ensure Mourinho's men did not slip up in a controversial encounter at the Tottenham Hotspur stadium.

"Gareth Bale is very stable, very mature, he knows his body better than anyone," said Mourinho. "We know where we want to go and he's with us on that journey."

The Welshman's intervention lessened the furore over Brighton's equaliser, scored by Tariq Lamptey.

Pierre-Emile Hojbjerg looked to have been clearly fouled by Solly March before the ball was worked to Lamptey, who produced a clinical finish into the far corner for his first goal for the club.

However, referee Graham Scott stood by his original decision not to award a Tottenham free-kick after reviewing the incident on the pitchside monitor.

"Probably the referee should go to the press conference and explain. He had time to go to the screen so only he can explain why it is a goal," added Mourinho.

The equaliser balanced up the dubious calls as Spurs led at half-time thanks to Harry Kane's first-half penalty, while Brighton were denied a spot-kick.

Kane was bundled over by former England teammate Adam Lallana, but after Scott initially awarded a free-kick on the edge of the box, he was instructed by VAR that the foul took place inside the box.

There was less doubt over the result of the spot-kick as the in-form Kane coolly dispatched his 199th Tottenham goal.

It was a familiar story for Brighton as their winless run stretched to six games despite going on to enjoy the better of the game for long spells.

Graham Potter could not believe his luck when a pull on Leandro Trossard by Matt Doherty was not punished with a penalty at the other end.

Mourinho was then left cursing the officiating as for the first time in the Premier League this season a referee stood by his initial call after seeing replays of an incident for the Brighton equaliser.

Erik Lamela fired a long-range effort off the post as Spurs were suddenly jolted into looking for a winner.

The Argentine was replaced by Bale 20 minutes from time and the substitute took just three minutes to make his impact when he met his former Madrid teammate Sergio Reguilon's inch-perfect cross.

"It's a great feeling," said Bale. "I just want to come on and make an impact for the team.

"Everyone talks about indivudual play, but I've always said I'm a team player. The most important thing is the collective."

Spurs could have been top of the table had they not thrown away four points in the dying seconds of their last two home league games against Newcastle and West Ham.

This time they held out to move within two points of Liverpool at the summit, but both Mourinho and Bale played down talk of a title challenge.

"We know not to get too carried away, there are a lot of great teams," said Bale.

Mourinho, meanwhile, hailed the depth of the English top-flight with just three points separating Spurs from Newcastle in 11th.

"In 2004 when I came to England there were certain matches that the top teams knew was three points - not any more," added Mourinho.

Brighton & Hove Albion Harry Kane Gareth Bale English Premier League Football
Get the latest updates on ICC T20 Worldcup 2022 and CWG 2022 check out the Schedule, Live Score and Medals Tally. Like us on Facebook or follow us on Twitter for more sports updates. You can also download the NDTV Cricket app for Android or iOS.