Jose Mourinho Fumes At Manchester United Draw Against Wolves, Says "I Did Not Like My Team"

Jose Mourinho was concerned by what he saw as his team's poor attitude as he came close to suffering consecutive home league defeats for the first time in his career. 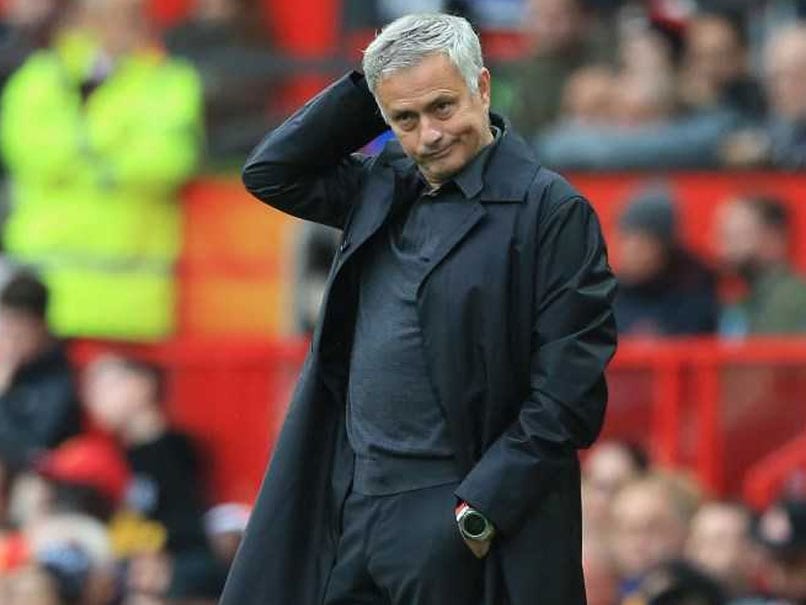 Manchester United were held to a 1-1 draw by Wolves at Old Trafford.© AFP

Jose Mourinho was highly critical of the attitude of his Manchester United players after they were held to a 1-1 draw by Wolves at Old Trafford. Mourinho even claimed he was more pleased with their last home display -- the 3-0 defeat to Tottenham -- than he was this latest effort. The United manager saw a run of three consecutive wins, all of them away from Old Trafford, come to an end in lethargic fashion. "Not a good performance, not a good result but a fair result," said Mourinho.

"Wolves, by the way they faced the game, I think they deserve it. They play like I like to play which is like the World Cup final.

"That is the attitude I like my teams to have in every match. We didn't have that. They did. That attitude made a difference."

United looked to have weathered a strong opening by Nuno Espirito Santo's team, most notably when keeper David De Gea made a spectacular save to keep out Willy Boly's goal-bound header from a Joao Moutinho corner.

That save was all the more important as, within seconds, United were in front after Fred scored his first goal for the club.

But, by the time they equalised seven minutes into the second half, Nuno's team was good value for a goal even if it owed much to poor United defending.

Pogba gave the ball away in midfield, leading to an attack in which Helder Costa beat Luke Shaw far too easily on the United by-line.

His cross found Raul Jimenez who laid the ball off for Moutinho to claim his first goal in English football with a lethal left-foot finish from the edge of the area.

"I expect my team to play better than we did," added Mourinho. "If we had played against Wolves like we did against Tottenham, then I think we would win.

"It is a bit of a contradiction but I'm more disappointed today than I was against Tottenham.

"Against Tottenham we lost the game but I liked very much my team's performance.

"Of course, we had a better result and one point is better than zero. But I did not like my team."

The Wolves goal, in particular, was a major disappointment and recalled the worrying days of August when United lost consecutive games to Brighton and Spurs, while conceding three times in each.

But Mourinho was more concerned by what he saw as his team's poor attitude as he came close to suffering consecutive home league defeats for the first time in his career.

"For me it is difficult to explain that."

After throwing on Juan Mata and Anthony Martial as substitutes, United created a handful of late chances with Romelu Lukaku missing the best, heading wide from six yards.

But Wolves had chances of their own to claim a first Old Trafford win in 38 years and, in the dying seconds, substitute Adama Traore burst through only to shoot selfishly over the goal.

"What I want now is to work harder tomorrow than we did before," said Nuno.

"It's a growth, a building of the team. Let's improve, let's get better so we can (be) every week like this."

Wolverhampton English Premier League Football Jose Mourinho
Get the latest updates on IPL 2021, check out the IPL 2021 Schedule and Indian Premier League Live Score . Like us on Facebook or follow us on Twitter for more sports updates. You can also download the NDTV Cricket app for Android or iOS.