Jose Mourinho thinks that Paul Pogba's success with France has given the midfielder an extra surge of energy. 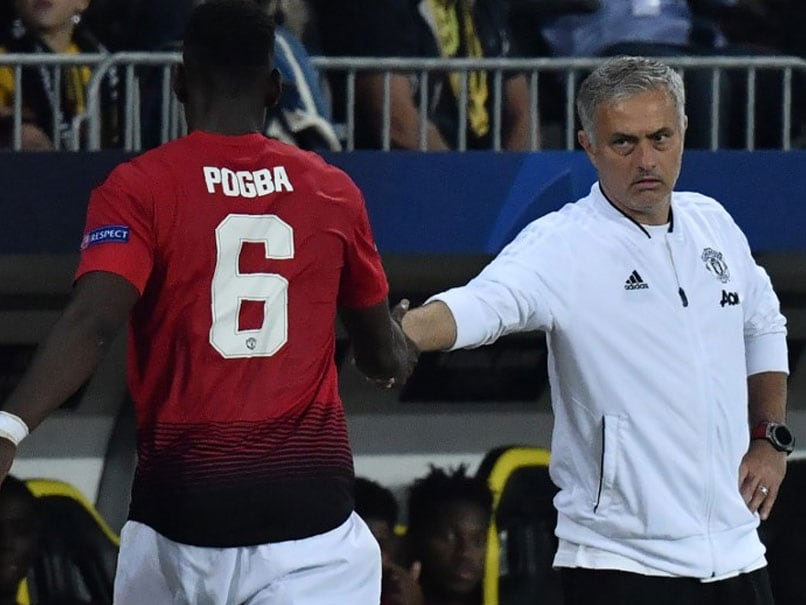 Mourinho and Pogba had a frosty relationship at the start of season but things seemed to have changed.© AFP

Paul Pogba's fine form for Manchester United this season is evidence that post-World Cup hangovers are as much mental as physical, according to the club's manager Jose Mourinho. Pogba played a crucial role in France's path to being crowned world champions -- scoring a sublime goal in the final against Croatia -- in Russia in July. Yet despite a short close-season break, he has been given the captaincy by Mourinho and performed impressively. The issue of post-World Cup fatigue has been debated extensively be club managers, with Tottenham striker Harry Kane the most high-profile example of those struggling to replicate their best form.

Mourinho, though, thinks that Pogba's success with France has given the midfielder an extra surge of energy.

"I think good results, and good performances, they make miracles," said Mourinho at his press conference on Friday.

Mourinho's remarks are likely to be welcomed by Pogba especially as the Portuguese had reportedly angered the 25-year-old last month when he implied Pogba played much better for France at the World Cup than he did for United last season as he was not surrounded by his entourage.

"Paul came back from the World Cup, and he was the last one to come because he played the final," said Mourinho.

"But I think the happiness, the confidence, the self-esteem was what pushed him to play in our first match against Leicester almost without training and he played a very good match.

"It's more about the moment and the momentum is very important -- in both the positive and negative way."

Mourinho has indicated Pogba's compatriot Anthony Martial, despite scoring against Young Boys in the Champions League this week, will drop to the bench against Wolves in the Premier League on Saturday to make way for Alexis Sanchez, who was an unused substitute on Wednesday.

Asked why he was dropping him to bring back the Chilean, the United manager replied Martial had played the whole game and Sanchez not taken part at all.

Mourinho's side go into the weekend six points behind leaders Chelsea, having lost two of their opening five matches, at Brighton and at home to Tottenham.

However, with his side having won their past three matches in all competitions, Mourinho believes his team are showing they are better than they were last season, when they finished runners-up to Manchester City in the Premier League.

"I am optimistic, but it will be a difficult season, yes," he said.

"I don't change that because we won two matches in the Premier League.

"You see the level of the teams -- you see Liverpool's squad, Manchester City's squad, Chelsea's squad, Tottenham's squad, and Arsenal are improving.

Paul Pogba Jose Mourinho English Premier League Football
Get the latest updates on Fifa Worldcup 2022 and check out  Fifa World Cup Schedule, Stats and Live Cricket Score. Like us on Facebook or follow us on Twitter for more sports updates. You can also download the NDTV Cricket app for Android or iOS.