Since Manchester United's exit from the Champions League, Paul Pogba has bounced back with some excellent displays and has put his club in a strong position against Liverpool in their upcoming FA Cup fixture. 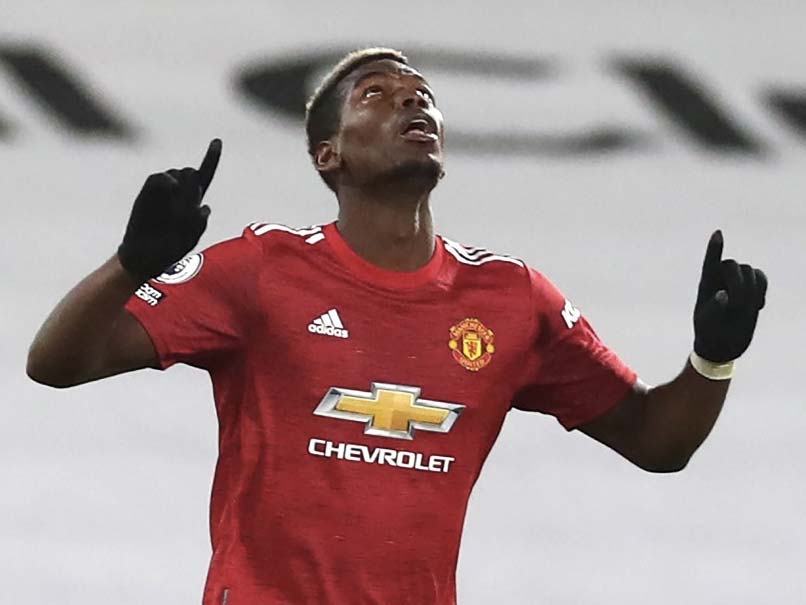 Paul Pogba celebrates a goal for Manchester United in the Premier League.© AFP

Paul Pogba is back in form for Manchester United at just the right time as the Premier League leaders prepare for Sunday's FA Cup showdown with bitter rivals Liverpool. Pogba has been a constant source of friction during his second spell with United and recent suggestions that he was keen to engineer a close-season transfer came as little surprise. Mino Raiola, the France midfielder's agent, infuriated United manager Ole Gunnar Solskjaer in December by giving an interview in which he suggested Pogba wanted to leave because he was "unhappy" with the lack of freedom granted to him at Old Trafford.

At the time, Pogba's form was so erratic and his team's results so concerning, that some United fans would gladly have helped him to the exit door.

Perceived in some quarters to be a bad influence on some of his younger United team-mates, Pogba's stock could not have been any lower when Solskjaer's side crashed out of the Champions League in the same week Raiola made his inflammatory claims.

At that point, a move to his former club Juventus or a possible switch to Paris Saint Germain or Real Madrid seemed inevitable.

But from the ashes of what looked like a season-defining calamity, both Pogba and United have unexpectedly returned to prominence.

Finally showing signs of knuckling down and putting his focus on football rather than his image and commercial interests, Pogba has played a key role in United's surge to the top of the Premier League.

Solskjaer reportedly made his displeasure known to Pogba about Raiola's intervention, but did not lose his cool with the 27-year-old.

Pogba has repaid that show of faith with match-winning goals in United's league victories at Burnley and then Fulham on Wednesday.

The World Cup winner's superb curler against Fulham was only his fourth goal of the season but, with Pogba back in the groove, United are a far more formidable force.

Sitting two points clear at the top of the Premier League, United are in contention for a first English title since Alex Ferguson retired in 2013.

After the dour goalless draw between the old foes in the league at Anfield on January 17, United have a chance to inflict a psychological blow on Liverpool when the champions visit Old Trafford in the FA Cup fourth round this weekend.

The question on the lips of everyone at United is whether Pogba can sustain his sudden hot streak.

Some believe Pogba is motivated by a desire to keep his place in the France team ahead of this year's delayed European Championships.

Whatever the reason behind Pogba's renaissance, Solskjaer would clearly benefit from keeping his temperamental playmaker in a positive frame of mind.

"He's enjoying his football, he's happy. Mentally he's very happy and physically he's in a very good shape and we know all about his talents," Solskjaer said.

"We decided to play him in midfield (against Fulham) and it was worth it."

United are catching Liverpool at the perfect time after Burnley ended the champions' 68-game unbeaten home league record with a shock 1-0 win at Anfield on Thursday.

Jurgen Klopp's side have gone five league games without a win and lie six points behind United.

It is seven hours and 18 minutes since they last found the net in the league -- Liverpool's worst goal drought for almost 21 years.

A victory over United would be just the tonic the ailing Reds need.

"When things don't work out on the pitch as we want them to, then there is an issue," Klopp said.

"We have to keep going with the things that were good enough and improve the others."

Paul Pogba Football
Get the latest updates on IPL Auction 2023 and check out  IPL 2023 and Live Cricket Score. Like us on Facebook or follow us on Twitter for more sports updates. You can also download the NDTV Cricket app for Android or iOS.