Gareth Bale is set to for a return to Tottenham Hotspur after his stint at Real Madrid ended largely in disappointment, despite being laden with trophies. 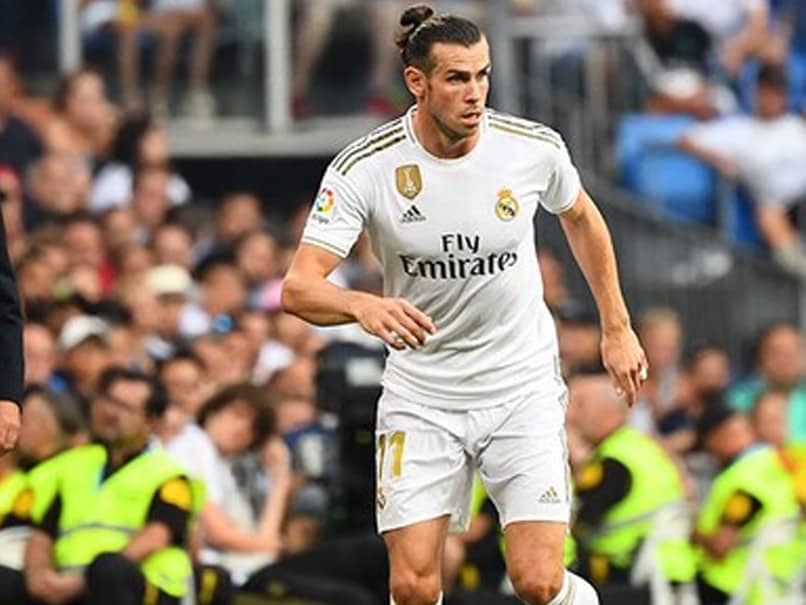 Gareth Bale arrived at Real Madrid as the world's most expensive player and the heir to Cristiano Ronaldo. After seven years, he will leave for next to nothing, a dramatic return to Tottenham allowing Madrid's fans and accountants to breathe a heavy sigh of relief. They will be rid of the player that delivered jaw-dropping moments but overall failed to justify the expectations or expense, neither of which were of his own making. Bale's flashes of brilliance will leave an indelible mark, not only on his own career but on the history of the club too.

He can lay claim to scoring the greatest goal in a Copa del Rey final, at the end of that barnstorming run that began on the halfway line, circled almost into the stands and finished with Barcelona crumpled in a heap.

And the best goal in a Champions League final probably belongs to him as well, Bale's bicycle kick against Liverpool perhaps better even than Zinedine Zidane's volley 16 years before.

There was the crucial header against Atletico Madrid in another Champions League final, the stunning volley against Borussia Dortmund, the quick feet against Schalke and against Rayo Vallecano another surge, this time from deep in his own half.

But Bale was never loved at Madrid, even if disappointment felt almost inevitable given the context in which he started.

"The transfer fee is nothing to do with me," he said at his unveiling in September 2013, but 100 million euros ($118 million) made him the world's most expensive player and the hope was he would become the world's best as well.

Early on, injuries proved disruptive, creating scepticism instead of affection and while Bale's transfer record was repeatedly beaten, his wages would become a new yardstick for him to be measured against.

The contract he signed in 2016, worth 30 million euros a year, made him the game's highest paid player, but the cost only intensified resentment when his contributions became increasingly lacklustre.

The fans felt it, whistling harder at Bale when shots flew over and crosses went unmet. When defeats came, the criticism from the press was heavier for him than others too.

Bale could have done more, on the pitch, where he let too many games pass him by, lacking either the energy or perhaps belief to whir his legs like he used to.

And off the pitch, where his lack of interaction was taken as a lack of interest, the sneering at his Spanish and passion for golf unseemly but symptomatic of an unwillingness to engage.

He made little effort to ingratiate, appearing at times even to relish his outsider status.

"I definitely feel more excitement playing for Wales," he said.

But taking over the mantle of Ronaldo was always going to be a gargantuan task, not least while Ronaldo was still there, the figure that defined the club for the best part of a decade.

And by the time Ronaldo was gone, it was too late, Bale almost 30 and already an outcast, his decline under Zidane long-since setting in.

Bale's earliest memory of Madrid was watching Zidane's volley against Bayer Leverkusen as a boy.

But it was Zidane who brought his Madrid career to a close, their relationship irretrievable after four years when affection was in short supply and trust eventually ran out.

When asked about his favourite coaches, Bale says Harry Redknapp, Andre Villas-Boas and Chris Coleman, namely the ones that believed in him completely.

Zidane gave Bale chances and repeatedly backed him in public, regretting it almost instantly when he spoke too freely before a move to China broke down last year.

When Bale returned to London for talks with his agent, Zidane said he had his permission. When Bale, on international duty, celebrated behind a banner that read 'Wales.Golf.Madrid', Zidane shrugged it off as a joke. And when Bale pretended to be asleep in the stands, Zidane persuaded the club not to respond with a fine.

For a while, Zidane kept faith in the most important games, suspecting the fire burned hot in Bale only on the biggest stage. Then he played him against weaker teams, when defensive lapses were less likely to be punished. In the end, he refused to play him at all.

Zidane won the argument, by transforming Madrid and taking them to the La Liga title last season, almost entirely without Bale, who played just two of their final 11 games.

While his teammates were tossing Zidane into the air, Bale stood back, arms folded, a second league winner's medal draped around his neck.

It was his last appearance in the Madrid shirt after a long relationship defined by unforgettable moments, lingering disappointment and when it was all over, for everyone, relief.

Tottenham Hotspur Zinedine Zidane Gareth Bale Football
Get the latest updates on India vs England Series, India vs England , live score and IPL 2021 Auction . Like us on Facebook or follow us on Twitter for more sports updates. You can also download the NDTV Cricket app for Android or iOS.