In defying calls for it to cede control of its investigation into Armstrong to the world federation, the USADA countered by saying that would be like "allowing a fox to guard the henhouse". 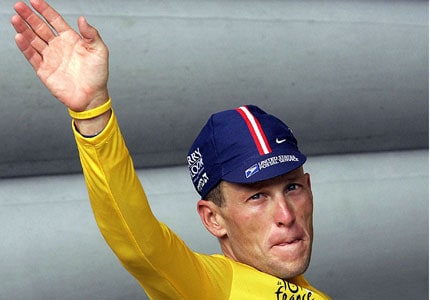 A televised confession to doping by shamed US rider Lance Armstrong looks likely to give fresh ammunition to critics of cycling's world governing body, heaping pressure on its embattled head and his predecessor.

The US Anti-Doping Agency (USADA) singled out International Cycling Union (UCI) president Pat McQuaid and his predecessor Hein Verbruggen last August, as it slapped a life ban on the Texan and stripped him of his seven Tour de France wins.

In defying calls for it to cede control of its investigation into Armstrong to the world federation, the US body countered by saying that would be like "allowing a fox to guard the henhouse".

Since then, USADA head Travis Tygart has not missed an opportunity to twist the knife. In publishing the devastating dossier against Armstrong and his entourage, he put a string of testimony against the UCI in the public domain.

He even recently cast doubt on the integrity of a respected World Anti-Doping Agency-accredited laboratory in Lausanne, Switzerland, used frequently by the international federation.

Faced with such strongarm tactics, the response of the UCI, which in October upheld the USADA sanctions, was considered weak.

On the defensive, the federation announced the creation of an independent commission to look into its role in the Armstrong scandal, the conclusions of which will be given by June at the latest.

In addition, it launched wide-ranging consultations to strengthen the ranks of the cycling "family".

But as in August and October, the UCI has refrained from any real self-criticism on its past, including its acceptance of two donations from Armstrong, which have fuelled suspicions of corruption among its detractors.

McQuaid, UCI president since September 2005, just after Armstrong's last Tour win, has staunchly defended his predecessor, linking his own future to Verbruggen, one of world sport's biggest figures and who was at the helm in Armstrong's heyday.

The Armstrong affair, meanwhile, has re-opened old wounds with WADA, which were strained during Verbruggen's time, when he crossed swords with his then-counterpart Dick Pound.

McQuaid stepped down from the WADA executive committee at the end of last year but like Pound remains on the International Olympic Committee (IOC).

Verbruggen has long been seen as one of IOC head Jacques Rogge's biggest supporters and the organisation has so far kept its distance from the scandal that has engulfed cycling.

Pound has suggested that cycling could be excluded from the next Olympic programme until it gets its house in order but on Wednesday, the IOC said that was "very unlikely".

"During the last few years, the UCI have battled strongly in the fight against doping," IOC spokesman Mark Adams told AFP.

Eight months before the UCI meets in Florence, Italy, to elect a new president for a four-year term, McQuaid, who is looking for his third spell in charge, is facing outside pressure.

Armstrong could add to that and even make the Irishman's candidacy untenable if he fails to go beyond the general charge of the UCI turning a blind eye to doping in the peloton.

Financial links, reported on the Wall Street Journal's website on Thursday, between Verbruggen and the billionaire Thomas Weisel, who bankrolled Armstrong's US Postal team, could also add extra weight to the dossier against the UCI.