While supporters hope the Oprah appearance allows Armstrong to draw a line under the affair and begin his rehabilitation after a very public fall from grace, some in the sport were not happy about the latest development. 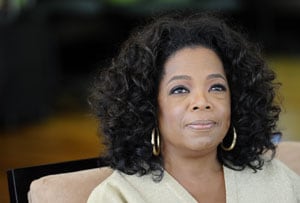 Lance Armstrong will face a no-holds-barred interview with Oprah Winfrey, her cable TV network promised Wednesday, as speculation mounted that the cycling icon might finally confess to being a drug cheat.

"Armstrong has no editorial control and no question is off-limits," Nicole Nichols of Winfrey's OWN cable TV network told AFP in an email, adding that the disgraced cyclist is getting no payment for the interview.

Nichols also said the 90-minute interview at Armstrong's home in Austin, Texas -- to be aired January 17 on the OWN network and online worldwide -- "is not live."

Asked when it would be recorded, she replied: "We are not confirming any further details."

It will be Armstrong's first interview since he was stripped in October of his Tour de France titles after the US Anti-Doping Agency said he helped orchestrate the most sophisticated doping program in cycling history.

Last week, The New York Times reported that Armstrong, 41, was considering publicly admitting that he used banned performance-enhancing drugs, in an apparent bid to return to competitive sport in marathons and triathlons.

While supporters hope the Oprah appearance allows Armstrong to draw a line under the affair and begin his rehabilitation after a very public fall from grace, some in the sport were not happy about the latest development.

British cyclist David Millar expressed concern over what he believes will be Armstrong's "stage-managed" appearance and said he should be questioned, instead, by an official body.

"Only Lance would get to have his moment of truth, if that's what it will be, in front of Oprah Winfrey," said Millar, who served a two-year ban after admitting doping in 2004 and then became 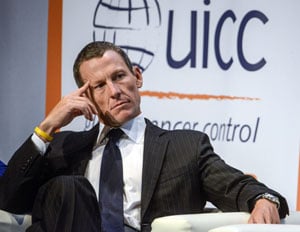 a vocal campaigner against drugs in sport.

"It is not sitting in front of a judge or a disciplinary hearing being properly questioned about the things he has done wrong. I doubt very much it will be a proper interrogation," he added.

Armstrong's unparalleled Tour de France winning streak between 1999 and 2005 once made him a beacon to youngsters.

Once a symbol of perseverance in the face of the most incredible odds, he now seems destined to go down in history as one of the most brazen dope cheats that sport has ever seen.

After sensationally conceding defeat in his fight to contest the charges against him in August, the Texan's world caved in further in October when the International Cycling Union (UCI) erased him from the sport's history.

The US Anti-Doping Agency had already published a damning report that laid bare his guilt, making a mockery of Armstrong's denials, court actions and an attempted comeback in 2009.

For his supporters, the doping allegations pale into comparison to his battle with life-threatening cancer and the work of his charitable foundation, which he founded to help others living with the disease.

Doctors had given Armstrong a less than 50 percent chance of survival when he was diagnosed in 1996 with testicular cancer that had spread to his lungs and brain.

He persevered through surgery and chemotherapy and returned to reach an unprecedented pinnacle of cycling success, becoming a sporting icon synonymous with phenomenal endurance.

"I for one am looking forward to hearing what he has to say. And regardless of whether he cheated or not, I will always be a huge fan and have so much admiration for everything he has achieved," a supporter using the handle lilsez13 wrote on OWN's website.

"And it's time that all of the haters, who never in their lives even saw Lance Armstrong compete in any one of the seven Tour de France titles he won, took some time out of writing their hate-filled rants, and listened to the man himself. After all, he has done more good in this world than any of us could ever compete with," the writer added.

Armstrong's years of dominance in the sport's greatest race raised cycling's profile in the United States to new heights and gave him a platform to promote cancer awareness and research.

The Lance Armstrong Foundation has raised almost $500 million (340 million euros, 310 million pounds) since it was created in 1997.

But in the aftermath of the allegations, several top sponsors dropped Armstrong and the ultimate ignominy came when the charity dropped his name on November 14 to be henceforth known as the Livestrong Foundation.