World number one Novak Djokovic said Lance Armstrong should "suffer for his lies" after finally admitting doping Friday, but insisted tennis was a clean sport with adequate testing. 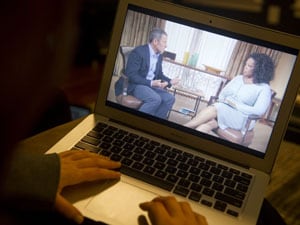 World number one Novak Djokovic said Lance Armstrong should "suffer for his lies" after finally admitting doping Friday, but insisted tennis was a clean sport with adequate testing.

Djokovic, speaking after Armstrong confessed to cheating his way to his seven Tour de France victories, said the American's behaviour reflected badly on all athletes and should be punished.

"I think it's a disgrace for the sport to have an athlete like this," Djokovic said at the Australian Open in Melbourne.

"He cheated the sport. He cheated many people around the world with his career, with his life story. I think they should take all his titles away because it's not fair towards any sportsman, any athlete.

"It's just not the way to be successful. So I think he should suffer for his lies all these years."

Djokovic also supported tennis's current anti-doping regime, which relies heavily on urine rather than blood tests, which are more accurate, despite fears it is not stringent enough to catch drug cheats.

"The results are showing that. In last few years there maybe has been one or two cases, but those players were more or less outside of the top 100," said the Serb.

"We are keeping this sport clean. We are working towards it. There is awareness with the players and with the officials. As long as is like that, we are in a good road."

Comments
Topics mentioned in this article
Cycling Novak Djokovic
Get the latest updates on ICC T20 Worldcup 2022 and CWG 2022 check out the Schedule, Live Score and Medals Tally. Like us on Facebook or follow us on Twitter for more sports updates. You can also download the NDTV Cricket app for Android or iOS.