The decision to scrap the European Track Cycling Championships comes after a Ryanair flight was forced to land in Minsk to arrest opposition journalist Roman Protasevich. 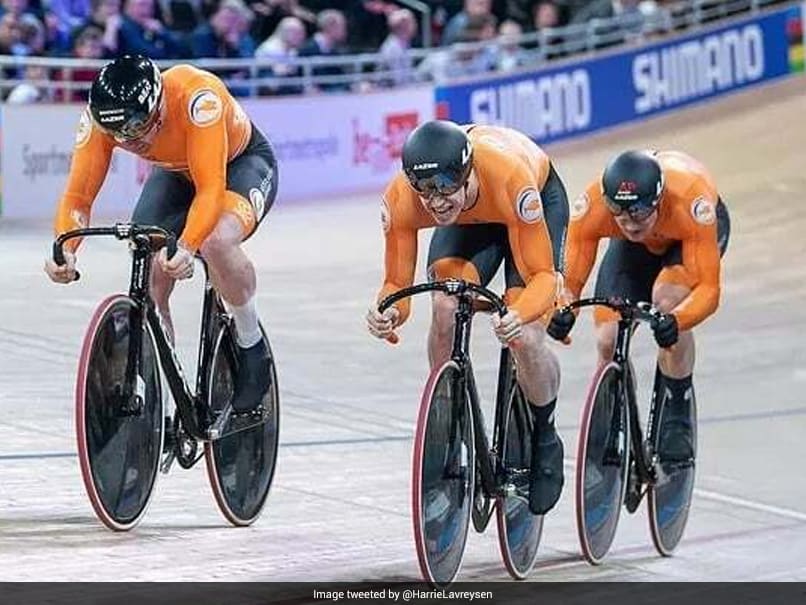 Belarus has been facing growing scrutiny in sports in recent times.© Twitter

The European Track Cycling Championships, scheduled to be held in Minsk next month, were cancelled Thursday amid political fall-out from Belarus' forced landing of an airliner to arrest regime opponents. The decision follows a furious reaction from the European Union after a Ryanair flight from Athens to the Lithuanian capital Vilnius was intercepted by a Belarusian fighter jet and forced to land in Minsk on Sunday so that authorities could arrest opposition journalist Roman Protasevich. "In light of the current international situation, the Management Board has decided to cancel the 2021 Elite Track European Championships scheduled in Minsk (Belarus) from 23 to 27 June 2021," the European cycling union (UEC) announced.

UEC president Enrico Della Casa added: "We have recently been monitoring the situation with the Belarus Cycling Federation which has now developed into an international debate and today during the Management Board meeting, we have decided to cancel the event in Minsk.

"We are already working on finding an alternative solution to enable the riders from our 50 National Federations to compete in this season's continental event."

But a defiant Lukashenko said he had "acted lawfully to protect our people", in an address to parliament on Wednesday.

In his first public statement since the Ryanair flight was diverted and Protasevich and his girlfriend Sofia Sapega were arrested, Lukashenko dismissed the international outcry.

The criticism was nothing more than another attempt by his opponents to undermine his rule, he said, accusing them of waging a "modern, hybrid war" against Belarus and of crossing "boundaries of common sense and human morality".

The UEC's decision to scrap the championships was pre-empted by the withdrawal of the German and Dutch cycling federations on Wednesday.

"After the events of last weekend, we have made contact with the European Cycling Union (UEC) and made clear that our participation is not possible under these circumstances," said the German federation (BDR) in a statement.

The BDR added that they had urged the UEC to come up with "an alternative solution" amid growing calls for the tournament to be moved.

The Dutch federation (KNWU) said that "the safety of riders and staff cannot be guaranteed".

Belarus, whose leaders are already under a series of Western sanctions over a brutal crackdown of protesters after last year's disputed elections, has also faced growing scrutiny in sports in recent months.

In January, the International Ice Hockey Federation, under pressure from its sponsors, stripped Belarus of its role as co-host of the world championships. They began on May 21 in Latvia, where all the games will be played.