Julian Alaphilippe said he would represent France in the World Championships and not in Tokyo Olympics. 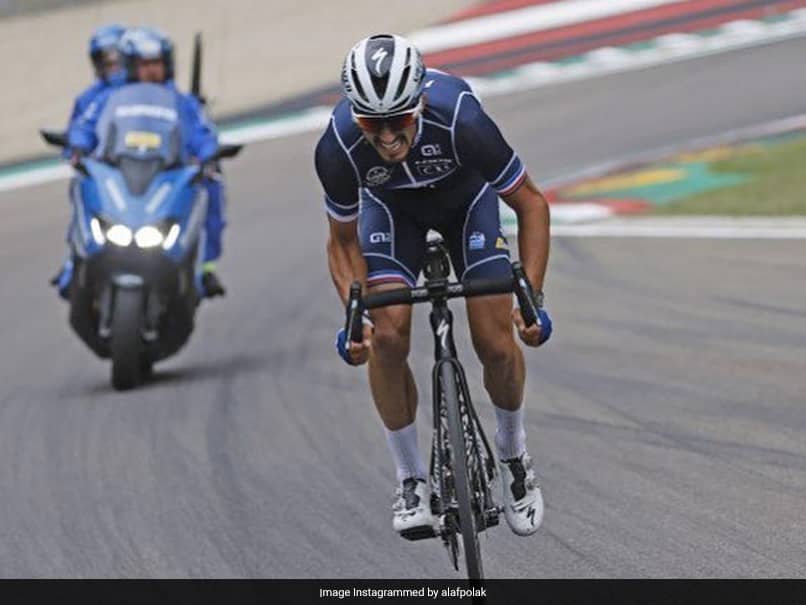 Cycling's road race world champion Julian Alaphilippe said Friday he will not take part in the Tokyo Olympic Games. Alaphilippe is scheduled to race the Tour de France which ends July 18, just a week before the Olympic road racers tackle the slopes of Mount Fuji. "It's a personal decision, one I carefully thought out," said Alaphilippe, whose partner is expecting the couple's first child. The Olympic route might better suit the strengths of French climb specialist Romain Bardet, while Allaphilippe's Belgian team-mate at Deceuninck Quick Step Remco Evenepoel is also tipped to do well in Tokyo.

"I'll be happy to wear the French colours at the world championships," Alaphilippe said of the event scheduled for Flanders in September.