Chris Froome feels the Tour may still be cancelled due to the coronavirus pandemic but is training hard for victory at his Monaco base. 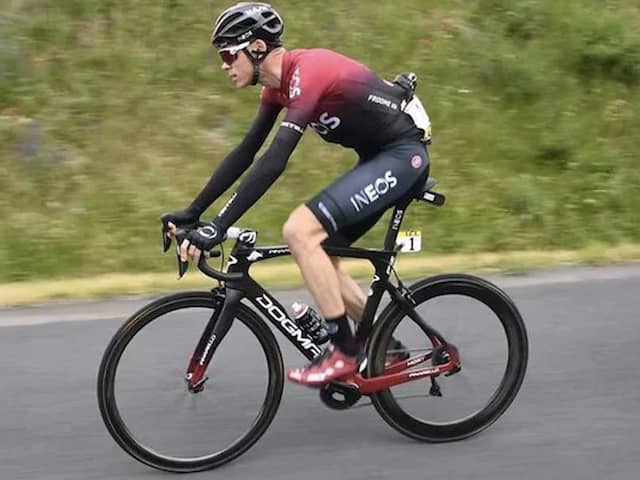 Chris Froome said his dream is to win most number of Tour de France titles than any other rider.© AFP

Chris Froome's hunger for a fifth or even sixth Tour de France victory remains undiminished although he is unsure the race can go ahead in 2020 due to coronavirus, he told French daily L'Equipe in an interview published on Tuesday. The Tour's postponement until late August suits the four-time winner who has been fighting to regain fitness from severe injuries sustained in a training crash last June. "It's an advantage for me, the race being put back, but it's not something to celebrate," said Froome.

The Kenyan-born racer feels the Tour may still be cancelled due to the pandemic but is training hard for victory at his Monaco base.

"I'm confident I'll be 100 percent fit at the starting line," said Froome, who turns 35 next month and who is in the final year of his Ineos contract.

"Maybe it won't take place, but I'm training as if it will go ahead," he told L'Equipe.

"We have the new date and mentally I'm focussed on being ready."

The Tour has been rescheduled to embark from Nice on August 29 from its original June start date in an attempt to make sure the sport's central financial pillar can be staged this season.

Froome, who had a brush with death in his crash at the Criterium de Dauphine in 2019, told L'Equipe health concerns should stand above economic ones.

"It would be a pity if the biggest race of the season didn't go ahead, but people's health comes first," he said.

After winning the Vuelta an Espana in 2017 and the Giro d'Italia in 2018 to hold all three Grand Tours his star has waned.

His co-captain Geraint Thomas emerged as the 2018 winner while Ineos protege Egan Bernal claimed the 2019 title.

"My dream is to retire having won more Tour de Frances than any other rider," said Froome.

He needs one more to equal Eddy Merckx, Jacques Anquetil, Bernard Hinault and Miguel Indurain, who have all won it five times.