Bjorg Lambrecht died in hospital on Monday at the age of 22 after crashing at the Tour of Poland, his team announced. 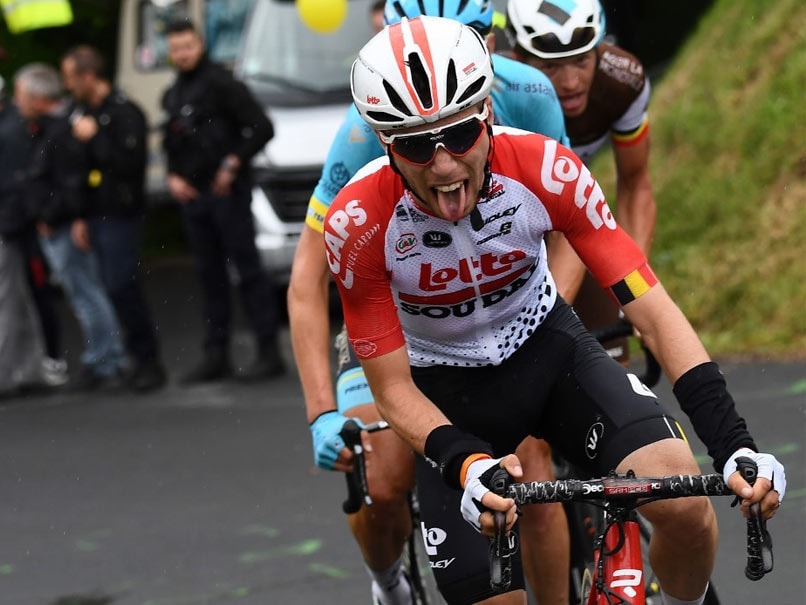 Bjorg Lambrecht collided with a concrete structure around 30 kilometres (19 miles) into the race.© AFP

Belgian cyclist Bjorg Lambrecht died in hospital on Monday at the age of 22 after crashing at the Tour of Poland, his team announced. "The biggest tragedy possible that could happen to the family, friends and teammates of Bjorg has happened... Rest in peace Bjorg," Lotto-Soudal tweeted. Polish news website Onet reported Bjorg Lambrecht collided with a concrete structure around 30 kilometres (19 miles) into the race after it suddenly began to rain. He was resuscitated on the spot, then taken in a critical condition to a hospital in the southern city of Rybnik, where he died on the operating table, according to Onet.

"It wasn't a high-speed descent. It was a straight and wide road. He had a moment of hesitation, he left the asphalt and the tragedy occurred," said race director Czeslaw Lang.

"The injuries were so serious that we called for a helicopter and an ambulance. He was transported to hospital. His heart started beating again but he sadly died during the operation," Lang said, quoted by PAP agency.

German Pascal Ackermann, who was handed the stage three victory after the win was taken from Fabio Jakobsen for an irregular sprint heading into the finish line, paid tribute to Lambrecht.

"Today, the result of the race doesn't matter," Ackermann said.

"I was devastated to hear today's tragic news and I would like to personally send my deepest condolences to the family and friends of Bjorg Lambrecht and everyone at Lotto-Soudal," he added.

"Deeply sorry for the loss of Bjorg Lambrecht, a cyclist who had demonstrated a lot in a few years," the Spaniard said.

"My deepest condolences to family, friends and team," he added.

Ackermann's advantage is 12 seconds ahead of second-placed Fernando Gaviria after the 150.5km run between Chorzow and Zabrze.