With Shai Hope scoring 101 in just his second ODI, the West Indies were well on track to overhaul the Zimbabwe' 257 all out, until his dismissal sparked a late collapse 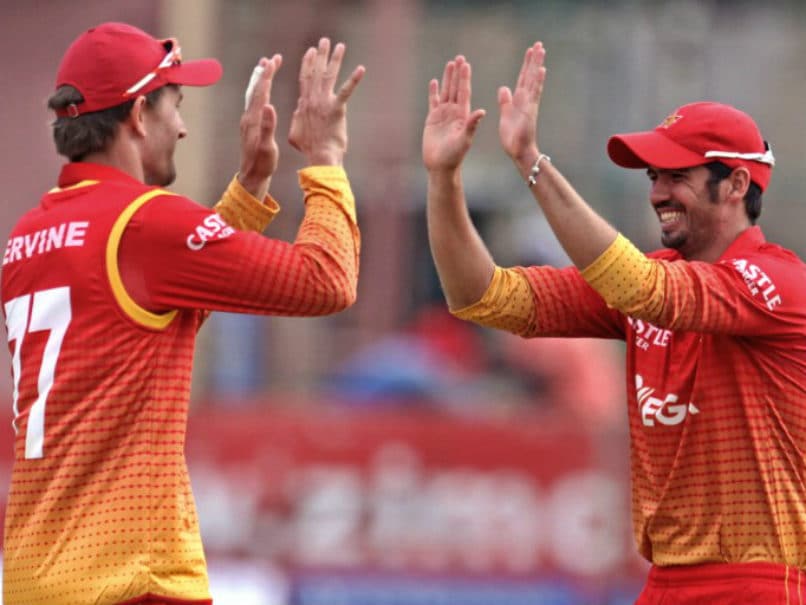 Shai Hope hit his maiden one-day international century but the West Indies could only stutter to a dramatic tie in a triangular series clash with Zimbabwe in Bulawayo on Saturday.

With Hope scoring 101 in just his second ODI the West Indies were well on track to overhaul the hosts' 257 all out, until his dismissal sparked a late collapse.

The tourists went into the final over needing just four runs to win off seamer Donald Tiripano, but lost three wickets -- two of them to run-outs -- to finish on 257 for eight.

"We should have won the game, but that's cricket," said West Indies captain Jason Holder.

"It's important for the guys to learn from this occasion. As a young team we just need to think a bit more when we get into these tight positions."

The game was set up by two dominant partnerships for the third wicket, with Craig Ervine and Sikandar Raza Butt putting on 144 for Zimbabwe before Hope and Kraigg Brathwaite's 162-run stand for the West Indies.

With Ervine scoring 92 and Raza hitting 77, Zimbabwe went into the final 12 overs of their innings on 188 for two, with their eye on a winning total.

Instead the innings unravelled with Raza's dismissal, as the hosts lost eight for 69 in the remaining overs to be bowled out off the final ball of the innings.

Carlos Brathwaite picked up the key wicket of Raza as well as two more late dismissals to finish with figures of four for 48.

The West Indies looked in control throughout their chase, with Kraigg Brathwaite scoring 78 and Hope taking advantage of being dropped on 69 and 84, both times by Raza off the bowling of Graeme Cremer.

The tourists reached the end of the 44th over on 217 for two, but when Hope was caught behind off the bowling of Chris Mpofu, Zimbabwe were able to squeeze the new batsmen on a two-paced pitch.

Although Sean Williams picked up two wickets in his final over, the West Indies were still heavy favourites when Carlos Brathwaite hit the final ball of the penultimate over for six.

But Tiripano held his nerve to have Brathwaite caught in the deep, then enjoyed some luck when he deflected Holder's drive onto the stumps at the non-striker's end to run out Ashley Nurse.

Holder only needed a single off the final delivery, but could not make contact and saw his partner Jonathan Carter run out as he tried to steal a bye.

"We made some mistakes and it could have gone our way, but credit to the guys for the way they fought and secured the tie," said Cremer.

"We were a bit sloppy in the field, we probably gave away 20 runs and dropped a couple of catches, but we'll take the positives from this game into the final two matches."

Zimbabwe take on Sri Lanka at the same Queen Sports Club venue on Monday in the next game of the series.

Comments
Topics mentioned in this article
Zimbabwe Cricket Team West Indies Cricket Team Graeme Cremer Craig Ervine Sikandar Raza Cricket
Get the latest updates on ICC T20 Worldcup 2022, check out the Schedule and Live Score. Like us on Facebook or follow us on Twitter for more sports updates. You can also download the NDTV Cricket app for Android or iOS.