Yuzvendra Chahal birthday: The Indian cricketer turned 31 on Friday with wishes pouring in on social media for the leg spinner. 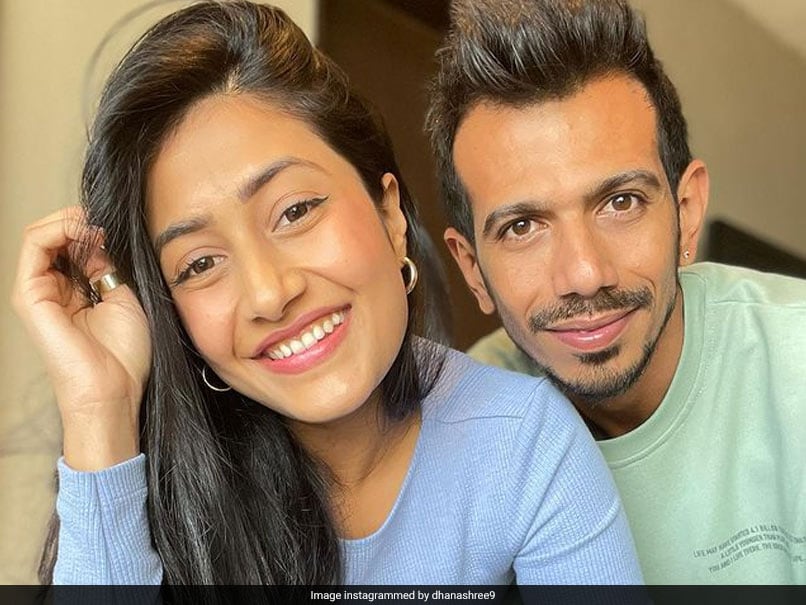 Team India cricketer Yuzvendra Chahal turned 31 on Friday. On his special day, Wishes poured in on social media from across the world for the leg spinner, who plays for Royal Challengers Bangalore (RCB) in the Indian Premier League (IPL). Chahal's India teammate Shikhar Dhawan was among the first to wish the bowler. On Instagram Stories, Dhawan shared an image with Chahal from what looks like a party and wrote, "Hope this year brings you more twists and turns, happy birthday bro." But the one wish that stood out the most from the plethora of other messages came from Chahal's wife, Dhanashree Verma.

Sharing a couple of pictures with Chahal, Dhanashree wrote, "When you talk about being humble, being kind, helpful, being polite, selfless and to carry those qualities along with some serious skills then that's Mr Yuzvendra Chahal."

She added a couple of red heart emojis, and wrote further, "You have no airs about your status and that's not easy to achieve at this level. What you do for the people and for the country is unbeatable. You have a big heart. I have grown and learnt a lot from you... I'm always extremely proud of you @yuzi_chahal23. Happy birthday."

Chahal's IPL team, RCB, too, posted a special tweet for their "spin wizard" and "Chief Entertainment Officer" as he celebrated his 31st birthday.

"Here's wishing our very own spin wizard and Chief Entertainment Officer, Yuzvendra Chahal, a very Happy Birthday. Have a great day, Yuzi! We love you," the Bangalore based outfit wrote on Twitter along with a picture of Chahal in RCB's kit.

The International Cricket Council (ICC) also extended its greetings to the Indian bowler by sharing a photograph of Chahal on its official Twitter handle.

Here are a few more wishes:

Q: Who has the best figures in a men's ODI in Australia?

A: Ajit Agarkar and today's birthday boy, Yuzvendra Chahal (both 6-42, both in Melbourne) pic.twitter.com/Xhp779P8wZ

Chahal has taken 159 international wickets for India and has been a regular in the country's limited-overs squad over the last few years. He was also part of India's 2019 World Cup squad and picked 12 wickets in the quadrennial event. Chahal has also represented India (Under-16) in World Youth Championship.

Chahal is currently in Sri Lanka with India's limited-overs squad for their white-ball tour.

Shikhar Dhawan Navdeep Saini Cricket
Get the latest updates on Fifa Worldcup 2022 and check out  Fifa World Cup Schedule, Stats and Live Cricket Score. Like us on Facebook or follow us on Twitter for more sports updates. You can also download the NDTV Cricket app for Android or iOS.