"You Will Always Be My Captain": Mohammed Siraj's Heartfelt Post For His "Superhero" Virat Kohli

Mohammed Siraj, took to social media and thanked his "superhero" Virat Kohli for "trusting and believing" in him. 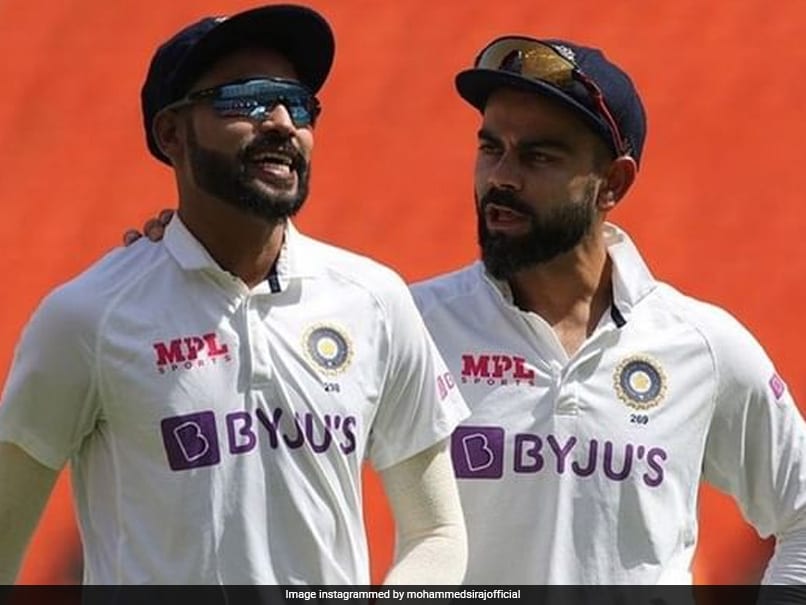 Mohammed Siraj shared multiple pictures of him and Virat Kohli to go along with the note.© AFP

After Virat Kohli stepped down as India Test captain on Saturday, past and current cricketers took to social media to hail his achievements as a leader. Many of Kohli's teammates thanked him for his contribution and the role he had played in taking Indian cricket forward. Late on Monday, another one of his current teammates, Mohammed Siraj, took to social media and thanked Kohli for "trusting and believing" in him, saying that he "will always be my captain".

Siraj, who is also Kohli's teammate at IPL franchise Royal Challengers Bangalore, shared a heartfelt note for the former India captain to go along with a few pictures.

"To my superhero, I cannot be thankful enough for the support and the encouragement that I got from you. You have always been my great brother. Thank you for trusting me and believing in me for all these years. For seeing the great at my worst. You will be always be my captain King Kohli," wrote Siraj on Instagram.

In September last year, Kohli had also stepped down from his role as India T20I captain, following which the BCCI made the decision to replace him as ODI skipper, appointing Rohit Sharma as the full-time white-ball captain.

Many expected Kohli to continue leading the national team in the longest format of the game, but a day after India's Test series loss in South Africa, the 33-year-old dropped a bombshell that he was quitting India's Test captaincy.

Kohli will now play for India purely as a batter in all the formats and his first challenge in his new role comes against South Africa.

India take on Proteas in a three-match series starting on Wednesday at the Boland Park in Paarl.

India's new white-ball skipper, Rohit Sharma is unavailable for the South Africa owing to a hamstring injury and in his absence KL Rahul has been given the responsibilty of leading the team with fast bowler Jasprit Bumrah appointed his deputy.