Virat Kohli broke some records on Twitter too, like he has been doing on the cricket field. 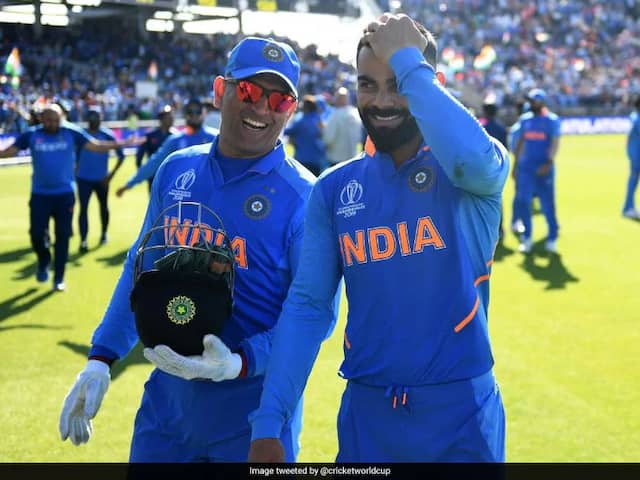 Virat Kohli's birthday wish for MS Dhoni was the most retweeted in sports in the year 2019.© Twitter

Virat Kohli and MS Dhoni are the two unrivalled kings of Indian cricket when it comes to popularity. So it came as no surprise when Twitter India revealed on Tuesday that the current Indian skipper's heartfelt birthday wish for his predecessor was the "most Retweeted sports-related Tweet" in the year 2019. On July 7, Virat Kohli had posted a picture with Dhoni, both wearing the India ODI jerseys and sporting big smiles, and wrote: "Happy birthday mahi bhai @msdhoni. Very few people understand the meaning of trust and respect and I'm glad to have had the friendship I have with you for so many years. You've been a big brother to all of us and as I said before, you will always be my captain."

As always, Tamil entertainment was

This also became the Tweet that received the most Retweets with comments. https://t.co/EJNKrKiHDB

And these women made it to the top of the athletes list#ThisHappened2019 pic.twitter.com/i5y1P0HFMF

Virat Kohli is currently captaining the Indian team in the ongoing three-match Twenty20 International (T20I) series against the West Indies. The Indian captain starred with the bat in the first match in Hyderabad, scoring an unbeaten 94 off 50 balls at the Rajiv Gandhi International Stadium on December 6.

The visitors, however, bounced back in style in the second T20I at the Greenfield International Stadium in Thiruvananthapuram on Sunday. The West Indies led by a fine knock from Lendl Simmons (67 not out) easily chased down India's score of 170 for seven in 18.3 overs with eight wickets remaining.

The third and final T20I will be played at the Wankhede Stadium in Mumbai on Wednesday.

Meanwhile, MS Dhoni has stayed away from cricket ever since India's World Cup 2019 exit at the hands of New Zealand in the semi-finals.

Earlier this month, Dhoni had said that he won't talk about his much-awaited comeback till January.

"January tak mat poocho (don't ask me till January)," said Dhoni at an event in Ranchi.