Yashasvi Jaiswal Named In India B Squad For Deodhar Trophy

Yashasvi Jaiswal, who became the youngest batsman to score a List A double hundred, has been named in the India B side for the upcoming Deodhar Trophy. 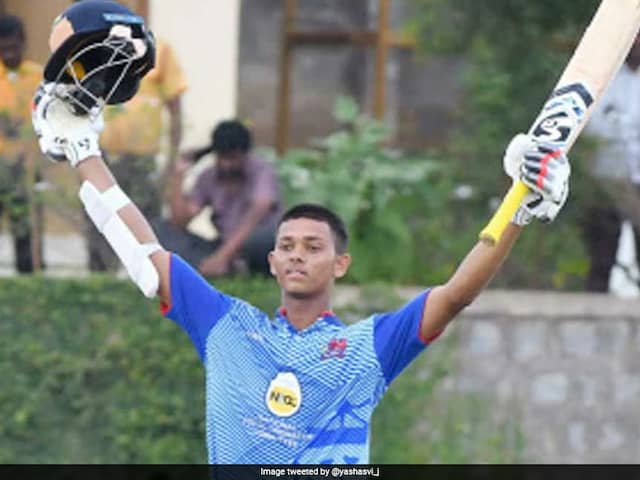 These are happy times for Mumbai opener Yashasvi Jaiswal as he has been selected for the upcoming Deodhar Trophy scheduled to be played from October 31 to November 4 in Ranchi. It was his brilliant performance in the Vijay Hazare Trophy due to which he got selected in the India B team led by Parthiv Patel. The Uttar Pradesh-born cricketer collected a total of 564 runs in the six matches he played at an average of 112.80, including a double hundred and two centuries in the tournament.

In fact, on October 16, he became the youngest batsman in the world to score a List A double hundred. At 17 years and 292 days, Yashasvi scored 203 runs against Jharkhand in Alur, Karnataka. His 154-ball inning, which was studded with 17 fours and 12 sixes, had helped Mumbai post 358/3 which they defended easily at the KSCA Cricket Ground.

Parthiv Patel Shubman Gill Hanuma Vihari Cricket
Get the latest Cricket news, check out the India cricket schedule, Cricket live score . Like us on Facebook or follow us on Twitter for more sports updates. You can also download the NDTV Cricket app for Android or iOS.