With a century in the second innings for Delhi against Tamil Nadu in the Ranji Trophy match in Guwahati, Yash Dhull joined an elite list of batters. 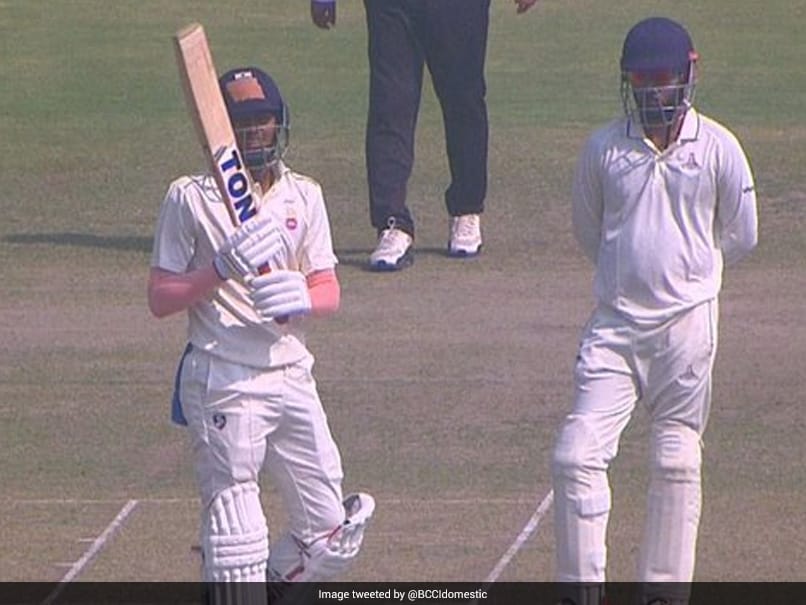 Yash Dhull hit centuries in both innings of the Ranji Trophy match between Delhi and Tamil Nadu.© Twitter

Yash Dhull led India to the U19 World Cup title earlier this year and has gone from strength to strength ever since. He made his Ranji Trophy debut in the Elite Group H match for Delhi vs Tamil Nadu in Guwahati, and immediately announced himself with a brilliant hundred. On Sunday, the young right-hander joined an elite list of batters to hit centuries in each innings on Ranji Trophy debut. Playing for Gujarat, Nari Contractor was the first to achieve the feat while Virag Awate of Maharashtra was the second player to do so.

in the first innings
in the second innings

What a way to announce his arrival in First-Class cricket! #RanjiTrophy | #DELvTN | @Paytm

Yash Dhull had scored 113 in the first innings against Tamil Nadu. Incidentally, he remained unbeaten on the same score in the second innings as the match ended in a draw.

In the first innings, Dhull, who opened the innings for Delhi scored 113 runs off 150 balls, including 18 fours, before he was dismissed by M Mohammed.

His teammate Lalit Yadav scored 177, an innings that was laced with 17 fours and 10 sixes, as Delhi posted 452 in the first essay.

However, both Dhull and Lalit Yadav were overshadowed by a blitzkrieg from Shahrukh Khan, who blasted 194 runs off just 148 balls, as Tamil Nadu scored 494 to take a 42-run lead.

Delhi absolutely dominated the proceedings in the second innings as Yash Dhull and his opening partner Dhruv Shorey made mince meat of the Tamil Nadu batters.

Both players remained unbeaten as Delhi scored 228. Dhull scored 113 not out while Shorey was unbeaten on 107.

Dhull will also be seen in IPL 2022 after he was bought by Delhi Capitals for Rs 50 lakh in IPL mega auction.

India U19 Yash Dhull Nariman Jamshedji Contractor Cricket
Get the latest updates on IPL Auction 2023 and check out  IPL 2023 and Live Cricket Score. Like us on Facebook or follow us on Twitter for more sports updates. You can also download the NDTV Cricket app for Android or iOS.