Christchurch mosque shooting: Jimmy Neesham said he would never have thought that such an incident could come to pass in idyllic New Zealand. 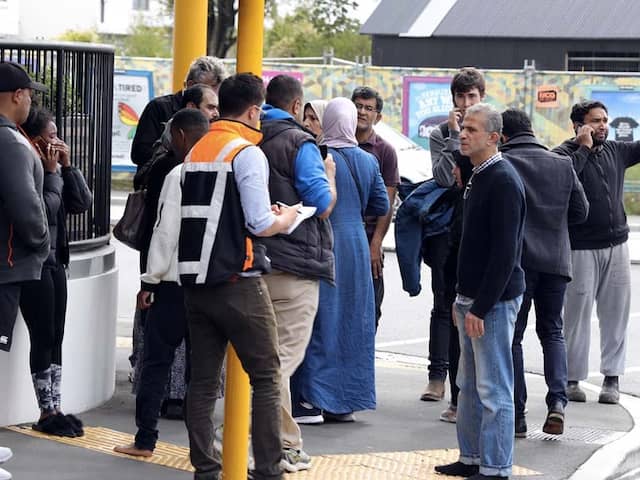 Reports of mass shootings in mosques in Christchurch in New Zealand on Friday morning, where the visiting Bangladesh cricket team had a close shave, has rocked the world of sports. The 3rd Test between New Zealand and Bangladesh, which was scheduled to start on Saturday morning at the Hagley Oval, not far from the site of the attack, has been cancelled and the visitors are expected to head back home. Bangladesh Cricket Board spokesman Jalal Yunus said most of the team were bussed to the mosque in Christchurch and were about to go inside for Friday prayers when the incident happened.

"They are safe. But they are mentally shocked. We have asked the team to stay confined in the hotel," he told AFP.

The incident has drawn condemnation from all quarters. New Zealand cricketer Jimmy Neesham, voicing what many around the world have been feeling since news of the attack broke, has said he would never have thought that such an incident could come to pass in idyllic New Zealand.

Thoughts and Prayers to the family's affected in the mosque shooting in Christchurch. Devestating news.... this is just not Kiwi ???? Love to all in NZ and around the world stop this Idiotic Bullshit. ????

Very shocked to hear about the shooting at Christchurch in New Zealand. Thoughts with the affected families.

My heart is hurting about the news coming out of Christchurch. Sending love & prayers to the effected families???? pic.twitter.com/7PX9wc56b8

When you have to avoid live shooting and gunshots in New Zealand, you know the world is in a bad place. Relieved to hear the Bangladesh cricket team is safe.

For so long I've watched world events from afar and naively thought we were somehow different in our little corner of the world, somehow safe. Today is a terrible day. Disgusted and saddened doesn't begin to describe it.

There is no place that's safe for humanity because human beings are the biggest threat to this planet. #christchurchshooting

Shocked to hear about the shootings in Christchurch. My heartfelt sympathies and condolences to the families who have lost loved ones. Thoughts prayers and love with all the people affected by this tragic incident. Wishing the injured a full and speedy recovery.

New Zealand won the ODI series between the two teams and were leading the three-match Test series 2-0.

James Neesham VVS Laxman Cricket
Get the latest Cricket news, check out the India cricket schedule, Cricket live score . Like us on Facebook or follow us on Twitter for more sports updates. You can also download the NDTV Cricket app for Android or iOS.