For the first time since the restart after coronavirus break, the fans were allowed to witness a cricket match from the stands in England. 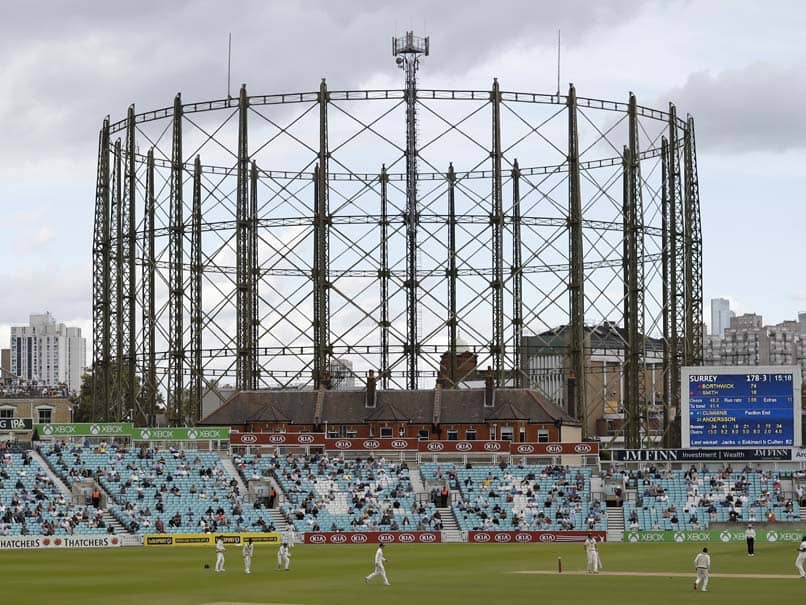 The spectators sat in alternate rows due to social distancing rules.© AFP

Surrey cricketers Mark Stoneman and Ryan Patel on Sunday experienced something no other sportsmen in England have enjoyed since March when they strode to the wicket at The Oval - applause from a crowd desperate to witness live action in the flesh after the coronavirus lockdown. The Premier League football season has been played out in empty stadia -- cardboard cut-outs of fans at some grounds proving no substitute for noise and atmosphere.

Frankie Dettori and wonder mare Enable were applauded into the winners enclosure at Ascot after a historic third victory in the King George VI and Queen Elizabeth Stakes on Saturday by 30 people.

However, they were on-course staff, trainers and owners.

Stoneman and Patel had 1,000 members -- mostly from Surrey but some from rivals Middlesex -- to cheer them on a day that even the unpredictable British weather did not wish to ruin with the sun making welcome if sporadic appearances.

The spectators, some drinking beer, some in Panama hats, sat in alternate rows due to social distancing rules.

Those who came as a group or a couple could sit beside each other in the 1845 Stand named after the year the club was founded.

"Primarily how you allocate seats," he said.

"Normally with online ticketing systems you fill your boots in terms of selling seats but this is a different scenario.

"You don't really want to be a trained epidemiologist just to place people in seats.

"We looked at a variety of models regarding socially distanced seating and that has been a challenge."

The members may have been there for a day's live cricket but for long-time member David Wright it was one he doubted he would see.

"Probably six or eight weeks ago I thought, no probably won't get to see anything," he told AFP.

"But now I'm firmly of the view that this is perfectly possible. It's a nice moment.

"We're back and it feels like you have never been away."

Wright, who fell under cricket's spell watching it on TV with his father back in the 1970s, says he would be fine travelling farther afield to watch his beloved Surrey.

"I would be there like a shot," said Wright, who attended Sunday's game with three friends.

"This feels perfectly safe. Everyone wearing masks (when indoors) and one-way systems, the way we are seated in the ground.

Gregory Mumford joked it was great for once the crowd at a friendly match "outnumbered the Surrey pigeons."

Mumford had brought his wife with him although he said she had been initially reluctant.

"I think it got to the point when we started to visit family there was a natural progression to do different things.

"Coming here it is nice to come back to familiar territory.

"It provides reassurance more than anything."

Mumford acknowledges that unlike him and his wife, who live close to the south London ground, some might think twice about coming if they had to travel by public transport.

However, he believes attending the cricket can do wonders for the state of mind.

"There's been a lot of talk about mindfulness during lockdown," he said.

"A good day at the cricket ticks a lot of boxes.

"You are in the open air with a crowd with whom you can communicate if you wish or be in your own thoughts.

"There can be a lot of positives coming here."

Cafe owner Gail Hadley has been coming to see Surrey for "donkey's years" and said she was very impressed with the way Surrey had dealt with the social distancing.

"I think the way they've done it, it's really well done," she told AFP.

That's music to Gould's ears who acknowledges hosting such a pilot scheme is no bad thing for the profile of the club.

"Always good for the profile," he said smiling. "We like to show off sometimes, everyone does."

The Oval, London Cricket
Get the latest updates on IPL 2020, check out the IPL Schedule for 2020 and Indian Premier League (IPL) Cricket live score . Like us on Facebook or follow us on Twitter for more sports updates. You can also download the NDTV Cricket app for Android or iOS.