India captain Virat Kohli took to Instagram on Tuesday to post a couple of videos of him working out. 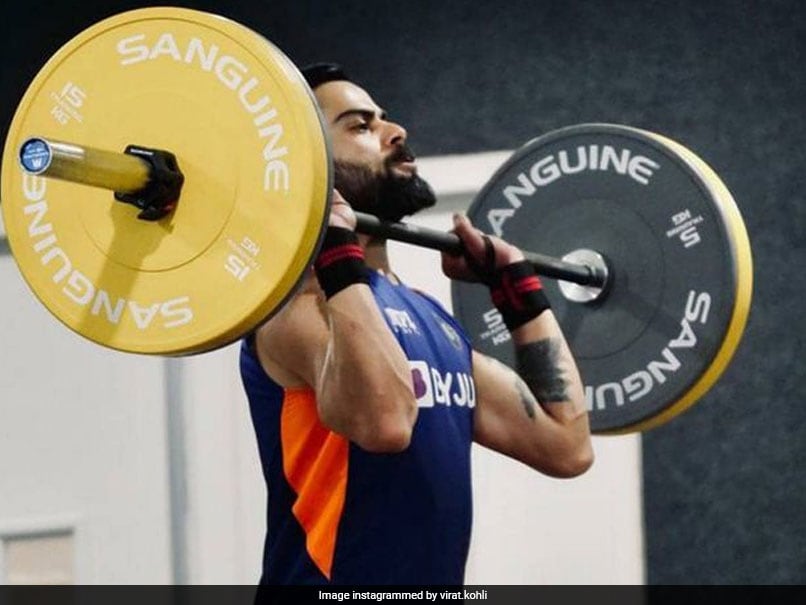 Virat Kohli posted a couple of videos of him working out using a weight lifting bar.© Instagram

Virat Kohli, who is considered as one of the fittest cricketers in the world, took to Instagram on Tuesday to share a couple of videos of him working out using a weight lifting bar. In the first video, Kohli can be seen performing the bent-over row exercise while in the second video, the India captain was captured doing reverse barbell lunges. Soon after Kohli shared the video, fans went into a frenzy and applauded the India captain's workout regimen.

Kohli, who is in the United Kingdom, is gearing up for the upcoming five-match series against England.

Kohli was last seen in action during the World Test Championship final against New Zealand.

Kohli looked in good touch in the first inning, scoring 44 runs. However in the second inning, he could only manage 13 runs as India suffered a batting lineup collapsed on the final day and eventually lost the match by eight wickets.

Kohli was troubled by his Royal Challengers Bangalore (RCB) teammate Kyle Jamieson in the summit clash as he picked up the wicket of India captain in both innings.

Kohli will be looking to leave that performance behind him and lead from the front against England.

In his last outing in the UK in Test cricket, Kohli was the leading run-getter across both sides. He scored 593 runs in five Tests, averaging 59.30 and registered two centuries and three half-centuries.

Despite Kohli's heroics with the bat, India lost that five-Test series 4-1.