Manish Pandey married Ashrita Shetty on Monday, ahead of national duty when the T20 International series with West Indies gets underway. 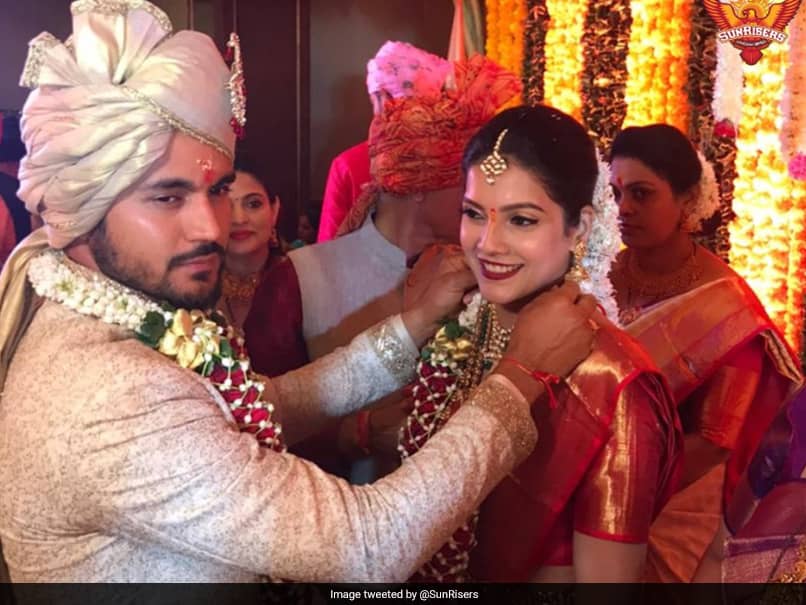 Virat Kohli congratulated teammate Manish Pandey after he got married to actress Ashrita Shetty on Monday. "Congratulations Pandey ji. Wish you both a lifetime of beautiful moments and happiness. God bless you both," Kohli tweeted on Tuesday. Pandey married Ashrita Shetty in Mumbai a day after he led Karnataka to the Syed Mushtaq Ali trophy on Sunday. The wedding capped off a good year for the 30-year-old, who captained Karnataka to the Vijay Hazare Trophy and their second consecutive Syed Mushtaq Ali Trophy.

Congratulations Pandey ji. Wish you both a lifetime of beautiful moments and happiness. God bless you both@im_manishpandey

"Wish you both all the happiness in the world. Trust me this will be your best innings," the explosive opener tweeted.

"Congratulations @im_manishpandey for getting married.. May god bless you both going forward.. lots of love," wrote Harbhajan Singh.

The middle order batsman scored an unbeaten 45-ball 60 as Karnataka beat Tamil Nadu by a single run to win the thrilling final a day before his wedding.

Speaking after the match, he had said he was "looking forward to the India series (against West Indies), but tomorrow a big series to come... I'm getting married tomorrow."

Rohit Sharma Cricket
Get the latest updates on India vs Australia Series, check out the India vs Australia Schedule for 2020-21 and Ind vs Aus live score . Like us on Facebook or follow us on Twitter for more sports updates. You can also download the NDTV Cricket app for Android or iOS.
Advertisement