Vinod Kambli to be discharged from hospital on Tuesday

Vinod Kambli, an elegant left-hander in his playing days, had undergone angioplasty on two of his blocked arteries in July last year and was admitted to Lilavati hospital after suffering a heart attack last week. 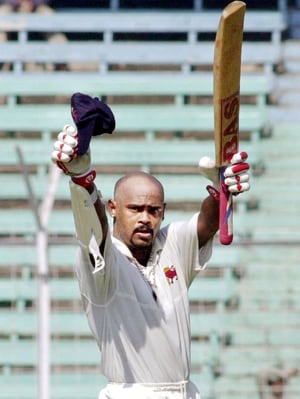 The condition of former cricketer Vinod Kambli, admitted to Lilavati Hospital in Mumbai after he apparently suffered a heart attack, improved on Monday and he will be discharged on Tuesday.

Kambli's wife Andrea said doctors attending to him has told her that there was "no reason to worry".

"Angiography was done on Vinod earlier in the day. The doctors said everything is fine and that there is no reason to worry. His health is a lot better now. He will be discharged tomorrow," she said.

The 41-year-old was rushed to the suburban hospital by police personnel after he complained of chest pain while driving his car and sought help. He was kept at the ICU of the hospital since then.

The former middle-order batsman shared an unbroken partnership of 664 runs in a school match against St Xavier's School, Fort, with childhood friend and cricketing great Sachin Tendulkar who recently retired from the game.

Kambli, an elegant left-hander in his playing days, had undergone angioplasty on two of his blocked arteries in July last year.

Kambli, who now appears as a cricket expert on TV channels, has played 17 Tests and 104 ODIs for India.

He played his last international match in 2000 and retired from first-class cricket in 2011.

Comments
Topics mentioned in this article
Cricket Vinod Ganpat Kambli
Get the latest Cricket news, check out the India cricket schedule, Cricket live score . Like us on Facebook or follow us on Twitter for more sports updates. You can also download the NDTV Cricket app for Android or iOS.