Vijay Mallya Booed With 'Chor Chor' Chants At The Oval 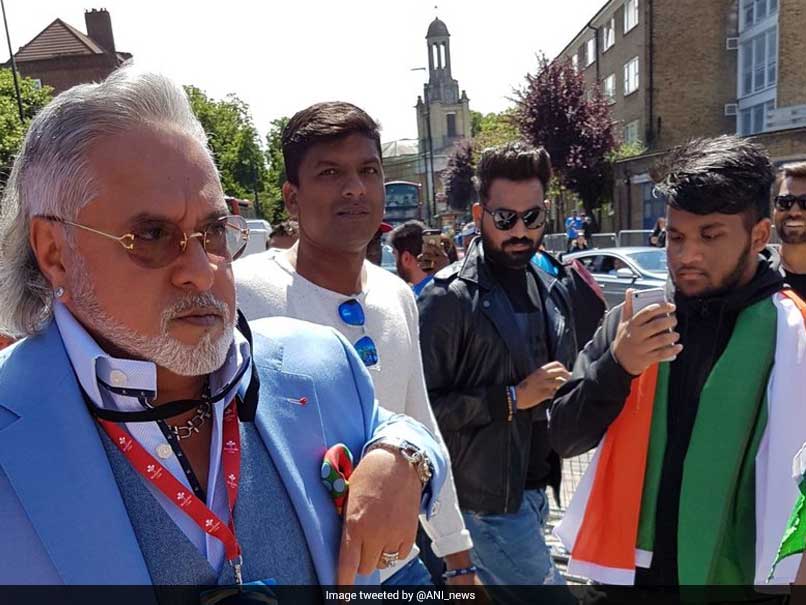 Fugitive businessman Vijay Mallya was booed by a section of India supporters as he entered the Oval arena to watch India's crucial ICC Champions Trophy encounter against South Africa on Sunday. Mallya, who caused a lot of embarrassment for the Indian cricket team when he dropped in at Virat Kohli Foundation's 'Charity Dinner', was in for some embarrassment when he along with a companion entered the stadium.

Mallya for a fleeting second looked back before showing his customary non-challance while making his way to the Hospitality Box.

The Indian government has been desperately trying for Mallya's extradition. The former UB group chief fled the country last year and has unpaid debts close to the tune of Rs 9000 crore taken as loans from various Indian banks.

A few days back, Indian team had to leave Kohli's Charity Dinner function early to avoid having any interaction with Mallya.

In fact, skipper Kohli, who plays for Royal Challengers Bangalore in IPL, a team that used to be once owned by Mallya, also maintained a dignified distance from the tainted businessman.

It was learnt that Mallya was invited by someone who had bought a table for the event and the fugitive businessman came as his guest.

Comments
Topics mentioned in this article
The Oval, London ICC Champions Trophy 2017 Cricket
Get the latest updates on India vs Australia Series, check out the India vs Australia Schedule for 2020-21 and Ind vs Aus live score . Like us on Facebook or follow us on Twitter for more sports updates. You can also download the NDTV Cricket app for Android or iOS.