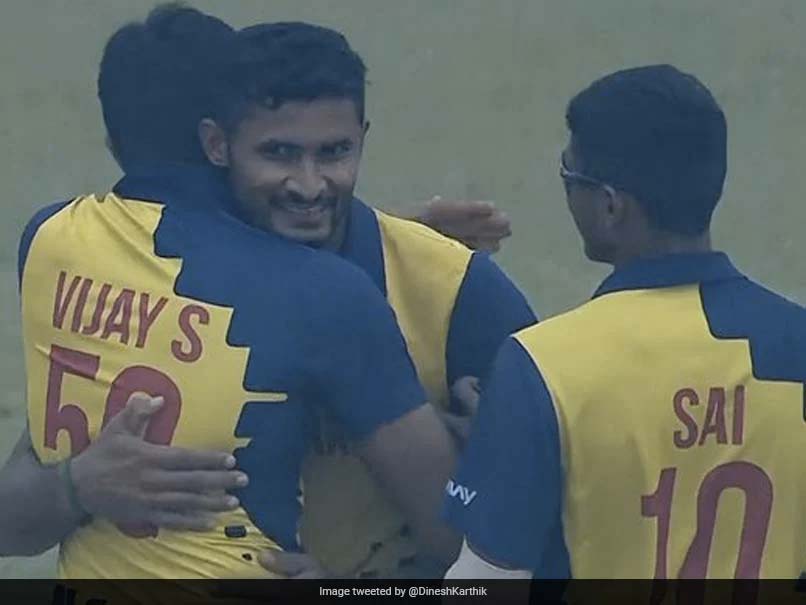 Formidable Tamil Nadu will start as overwhelming favourites against rank outsiders Himachal Pradesh, eyeing their maiden title, when the two teams face each other in the Vijay Hazare Trophy summit clash on Sunday. The two teams made it to the final in a contrasting manner. While former India player Rishi Dhawan-led Himachal reached into the final crushing Services by 77 runs, Tamil Nadu won a last ball thriller to knock out Saurashtra by two wickets. Having won the Syed Mushtaq Ali Trophy earlier this season, Tamil Nadu would be eyeing a double by annexing the Vijay Hazare Trophy too.

It has been an all-round performance so far by the southern giants with various players delivering in different games and will expect the same come Sunday at the picturesque Sawai Mansingh stadium.

The Tamil Nadu team will be pleased as punch in the manner Baba Aparajith has upped his game since his return from the India A's tour of South Africa.

His opening partner N Jagadeesan too has been in good nick, having hammered a ton against Karnataka and would be keen to put the failure in the semi-final behind and get among the runs.

A line-up which includes Aparajith's twin brother Baba Indrajith, who hit a vital half-century in the last four clash, skipper Vijay Shankar, the experienced Dinesh Karthik combined with the finishing firepower of the burly M Shahrukh Khan and M S Washington Sundar can send shivers down the spine of any bowling attack.

And, Himachal's rather inexperienced attack would need to be at their best if they hope to stop the TN juggernaut from running away with the game.

Washington Sundar, on a comeback trail since being injured during the England tour, would take a lot of confidence from his superb knock of 70 in the semi-final, which played a key role in the team's win.

Shahrukh with his power-hitting abilities, can change the complexion of the game in a jiffy and could probably be the difference between the two sides.

TN's troika of spinners- Sai Kishore, M Siddharth and Washington can be more than a handful for the Himachal batters.

However, they would have to pull up their socks after the hammering received at the hands of Sheldon Jackson and company on Friday.

Pacers Sandeep Warrier and R Silambarasan have more often than not struck early blows and this is something the Himachal team would be wary about. That apart, Vijay Shankar would also be keen to play a part with his medium-pace stuff.

For Himachal, which has punched above its weight, skipper Rishi Dhawan would hold the key, with both the bat and ball. He would need to lead from the front if his team has to win its maiden Hazare Trophy.

The Himachal management would be more than pleased with the form of Prashant Chopra. The opening batter played two-match winning knocks in the quarterfinal and semi-final, hitting 99 and 78 respectively, and would be eager to underline his abilities in the final.

However, Himachal appears to be too dependent on these three batters and others like Shubham Arora, Digvijay Rangi, Amit Kumar, Akash Vasisht need to contribute to the team's cause failing which could render the final a lop-sided affair.

Match starts at 9 AM.