Thisara Perera became the ninth player to hit six sixes in an over in professional cricket. 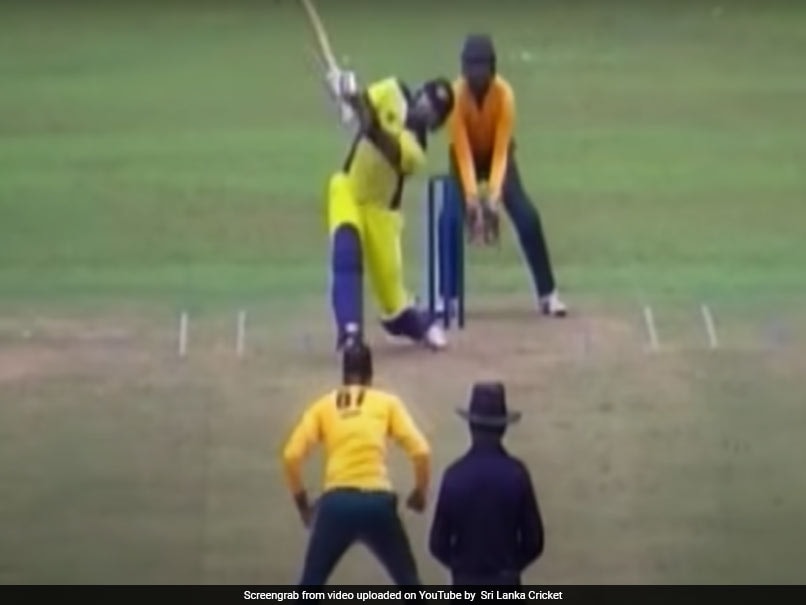 Thisara Perera hit six sixes in an over in a domestic T20 match.© Youtube

All-rounder Thisara Perera has become the first Sri Lankan cricketer to hit six sixes off one over during a domestic match in Colombo. The 31-year-old, playing for the Sri Lanka army team, cleared the ropes a total of eight times in his whirlwind unbeaten 52 off 13 balls against the Bloomfield Cricket and Athletic Club at the weekend. Perera is the second player to achieve the feat in 2021 and coincidentally was on the field when it happened earlier this month as Kieron Pollard hit six sixes off Sri Lanka's Akila Dananjaya in a Twenty20 international in Antigua.

Perera scored only one that day but now joins an exclusive club of nine batsmen to score 36 off an over in professional cricket alongside Garfield Sobers, Ravi Shastri, Herschelle Gibbs, Yuvraj Singh, Ross Whiteley, Hazratullah Zazai, Leo Carter and Pollard.

Perera has played six Tests, 166 one-day internationals and 84 Twenty20 internationals for Sri Lanka, but his power-hitting display on this occasion was in vain because the match was abandoned due to rain.