Kapil Dev, Ajay Jadeja and Suresh Raina may have gone out in full support of Test cricket as the premier format but will the administrators ever listen or will the 'stylish' format bow out eventually? 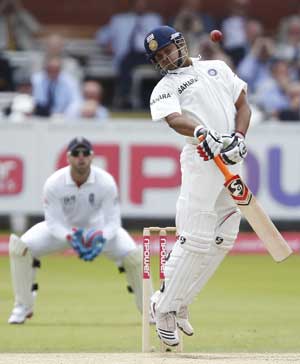 "Playing cricket in white clothes has its own essence. I don't think playing day-night Test matches is a solution," India's first World Cup winning captain observed during a panel discussion at a Leadership Summit conducted by a leading national daily.

However the legendary all-rounder feels that bringing in cheerleaders or singers or actors to perform in order to attract big crowd for the promotion of Test cricket can be tried out.

"If promotion means allowing a singer to perform during breaks in Test match or bringing in cheerleaders, be it. Test cricket is the ultimate test of a cricketer and the game of cricket. The cricket board should find a way to promote the Test cricket," Kapil stated.

"If marketing is only done for the T20 cricket and TV channels only show T20 games, more and more players will choose an easy option of playing it."

Another former India captain, Ajay Jadeja added that cricket has come down to mere statistics now, whereas Test cricket means a lot of stories and youngsters must be told those stories.

"Cricket is not just about numbers. We have to tell stories about cricketers to increase the passion for Test cricket among youngsters. Each cricketer brings a different story to the game and that is what Test cricket is all about," explained Jadeja.

Suresh Raina, current India cricketer, also agreed with his seniors and insisted that he would also like to represent India in the Test arena.

The players, however, admitted that big money in cricket these days, especially with the emergence of Twenty20, has done the game more good than not.

Kapil said that money is good for both cricket and cricketers but only if it is used in a proper manner.

Raina also said that money is crucial as a youngster can look at sports as a full-fledged career option and look after his family.

When asked if he would prefer playing for his IPL franchise or the country, Raina said though T20 cricket offers big and quick money but for him "playing for India would always be more satisfying than playing for an IPL team." To which Jadeja added, "When a youngster starts playing at an early age of 10 or 12, it is the passion that brings him to the game and not money.

"More money in game today has encouraged more number of people to continue playing the game while they grow up. This was good for the game as it increases healthy competition and more number of good players could emerge."

On the issue of players' life becoming very routine these days as they have to play cricket all year round, Raina agreed that cricketers would have to lead a disciplined life if they have to play so many games.

But Kapil begged to differ, saying no matter how much restrictions are imposed, some players would always find a way to party till late at night.

Jadeja said in totality, the current crop of cricketers are more fitter than the players in the past.

"But cricket is not just about fitness, but much more," said Jadeja.

Speaking on more players coming from smaller towns these days, Kapil said that "youngsters in small centres get more time to play than those in big cities."

"More players are coming from small cities now because infrastructure and coaches are also available in small cities and players get more time to practice," said Jadeja.