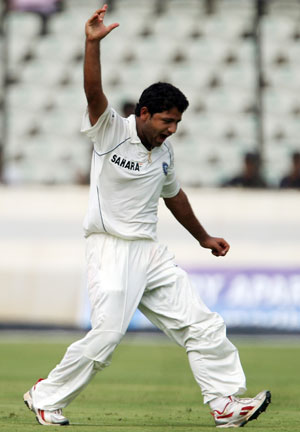 After notching up a massive win over West Zone last week, South Zone will look for an encore when they clash with last year's finalists, Central Zone in the second semifinal of the Duleep Trophy here on Thursday.

The four-day tie promises to be an intriguing contest involving two skippers -- Abhinav Mukund and Piyush Chawla --who make a terrific study in contrast.

For Abhinav Mukund, captain of South, it is a familiar territory and his team will look to progress to the final by writing a familiar script tomorrow as they did against West Zone at the M A Chidambaram Stadium.

After their strenuous practice session, team coach Trevor Gonsalves said: "We have not decided the playing eleven but we will go in to the match with three medium pacers and Kaif joining the team, which was confirmed to me this morning, adds to the strength of our squad."

Piyush said his team is primed to do well irrespective of whether they bat or bowl first on this wicket.

"It looks like, wicket will turn on the second day evening and we hope to get a good total on board if we bat first as we have really a good bowling attack.

"Besides me, Jalaj Saxena has also been in good nick besides Umesh Yadav. Ankit Rajpoot is playing in his second season now and he is primed up to do well in this match.

"If we bowl first in this wicket, then also it is not going to be any worry for us, going by the wicket and the weather.

"I am keen on doing well in this match in my hopes to get back to national test side. I have been doing well since having played for Somerset in the County," Piyush said.

In contrast, Abhinav Mukund was categoric in saying that there is no need for three spinners and they will have a specialist spinner and a part timer.

"Malolan Rangarajan (who claimed five west zone wickets in the last match) is bowling very well," he said. Mukund said he was working on his techniques and approach and that he hoped to come up with a big knock.

On the team balance, he said: "Wicket has some grass and Pragyan Ojha joining us has strengthened our side."

As in the past, the teams vary in their strengths and most of the players of the Central Zone had represented Uttar Pradesh and have faired well in the Buchi Babu tournament held here last month. They have a bundle of youthful talents including Ankit Rajpoot and Robin Bist.

South would be depending on Baba Aprajith and Manish Pandey, who excelled in the last match with double hundreds and captain Abhinav and Rahul to post a solid total.

However, on paper, Central looks a more balanced side but the South could enjoy the home advantage too.

Comments
Topics mentioned in this article
Umesh Yadav Piyush Chawla Cricket Abhinav Mukund Ajinkya Rahane Subramaniam Badrinath
Get the latest Cricket news, check out the India cricket schedule, Cricket live score . Like us on Facebook or follow us on Twitter for more sports updates. You can also download the NDTV Cricket app for Android or iOS.