This was the first time that Suranga Lakmal reached the five-wicket mark in an innings. His previous best was 4 for 78. 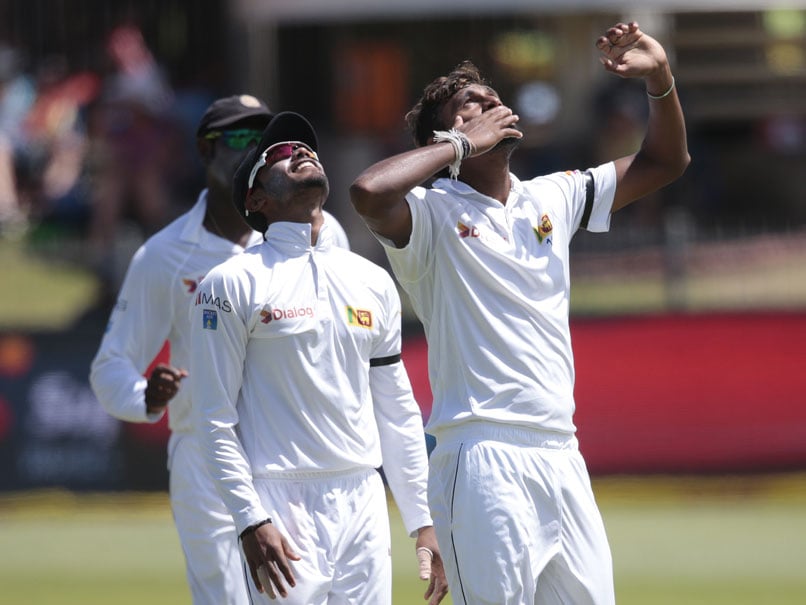 Suranga Lakmal claimed five for 63 as South Africa were bowled out for 286.© AFP

Sri Lankan pace spearhead Suranga Lakmal first ever five-for was largely instrumental in ensuring that hosts South Africa do not run away with the first-innings honours in the first Test at St. George's Park in Port Elizabeth. He claimed five for 63 as the hosts, on 267 for 7 overnight, but could not capitalise and were dismissed for 286.

Lakmal however would have to thank wicketkeeper Dinesh Chandimal for his success. Chandimal pulled off four excellent diving catches to the fast bowler's figures.

This was the first time that Lakmal reached the five-wicket mark in an innings. His previous best was 4 for 78.

Nuwan Pradeep and Rangana Herath picked up two wickets each.

Comments
Topics mentioned in this article
Sri Lanka Cricket Team South Africa Cricket Team Cricket
Get the latest updates on India vs England Series, India vs England , live score and IPL 2021 Auction . Like us on Facebook or follow us on Twitter for more sports updates. You can also download the NDTV Cricket app for Android or iOS.