South Africa had earlier highlighted the series against Zimbabwe as an opportunity to have a look at some of their second-string players, and left out fast bowlers Dale Steyn, Morne Morkel and Vernon Philander. 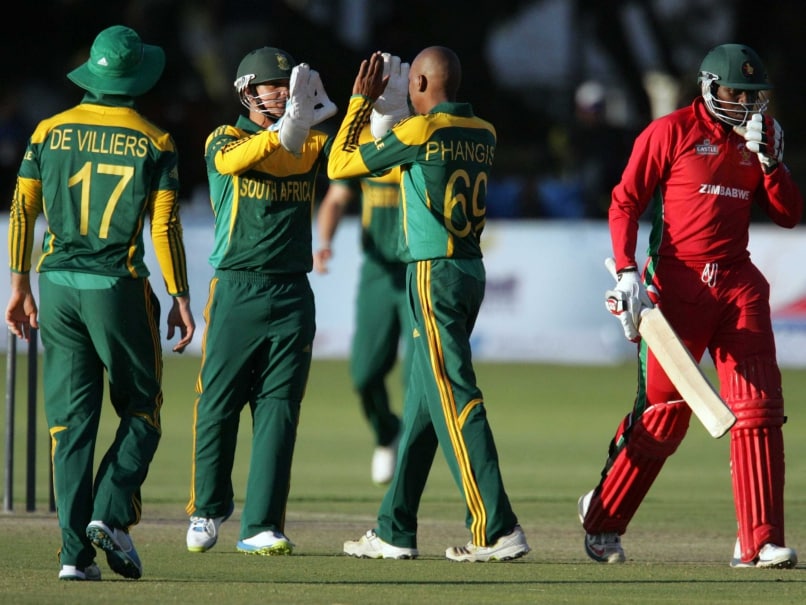 South Africa will ignore the temptation to experiment and instead plan to field what they believe is their first-choice XI when they meet Zimbabwe in the second of three one-day internationals against Zimbabwe on Tuesday.

The Proteas cruised to a 93-run victory over their hosts in the first match on Sunday, with Hashim Amla scoring his fourth one-day hundred in six innings.

The gulf between the two sides was clear throughout the match, but particularly in the first innings when a strong South African batting line-up put an inexperienced Zimbabwean bowling unit containing three debutants to the sword in racking up 309 for three.

South Africa had highlighted the series as an opportunity to have a look at some of their second-string players, and left out fast bowlers Dale Steyn, Morne Morkel and Vernon Philander.

Fast bowler Marchant de Lange, who has not played for South Africa for more than two years due to injury, and uncapped players Rilee Rossouw and Mthokozisi Shezi are standing by, but captain AB de Villiers confirmed they may only get a look-in for Thursday's third ODI.

"We'll play our best XI (for Tuesday)," De Villiers said. "We want to win the series - as long as I'm captain I want to win as many games as possible for the team.

"I know there are a few new names that haven't got a chance to play, but hopefully if we win the next game then we'd like to experiment a bit with a few of them."

Meanwhile Zimbabwe captain Elton Chigumbura brushed off concerns that he could miss Tuesday's clash with a quad injury.

Chigumbura required on-field treatment just 17 balls into his knock, and looked uncomfortable as he scored 36 in Zimbabwe's total of 216 all out.

Seamers Tinashe Panyangara and Brian Vitori are likely to return to the Zimbabwe side in one of the two remaining games, and with opener Vusi Sibanda struggling for form, the hosts may consider a recall for Sikander Raza Butt following his recovery from a fractured thumb.

Middle-order batsmen Malcolm Waller and Timycen Maruma will also be in the frame after Chigumbura highlighted the top order as a cause for concern.

"Wickets in hand is going to be key if we want to win these games so on the batting side, we need to improve on that," Chigumbura said.

Comments
Topics mentioned in this article
South Africa Cricket Team Zimbabwe Cricket Team AB de Villiers Marchant de Lange Cricket
Get the latest updates on ICC T20 Worldcup 2022 and CWG 2022 check out the Schedule, Live Score and Medals Tally. Like us on Facebook or follow us on Twitter for more sports updates. You can also download the NDTV Cricket app for Android or iOS.